As part of BNZ's promise to help New Zealanders be good with money, the bank wanted to encourage people to tackle their biggest financial commitment – their home loan. Most New Zealanders had no idea how much money they were wasting on unnecessary home loan interest.

Every day, billions of dollars in old banknotes were destroyed by the world's major banks and turned into waste. The idea was to salvage some of that waste and make it valuable again. Collaborating with the Reserve Bank, $1,000 of real shredded cash as put into bundles and delivered to homeowners across the country with a letter explaining how a BNZ Tailored Home Loan could help them prevent such waste and save $156,000 on a typical $300,000 home loan.

The effectiveness of the idea lies in allowing people to weigh up for themselves, literally, the cost of sticking with their existing mortgages. This is a great demonstration of how direct mail drives engagement in the most uncomplicated way - the act of sharing it physically with a family member, colleague or friend. The offline nature of the campaign makes for another strong feature of this campaign as the "wasted" money was always visible, always there reminding the recipient of the need to look into their financial matters as soon as possible. 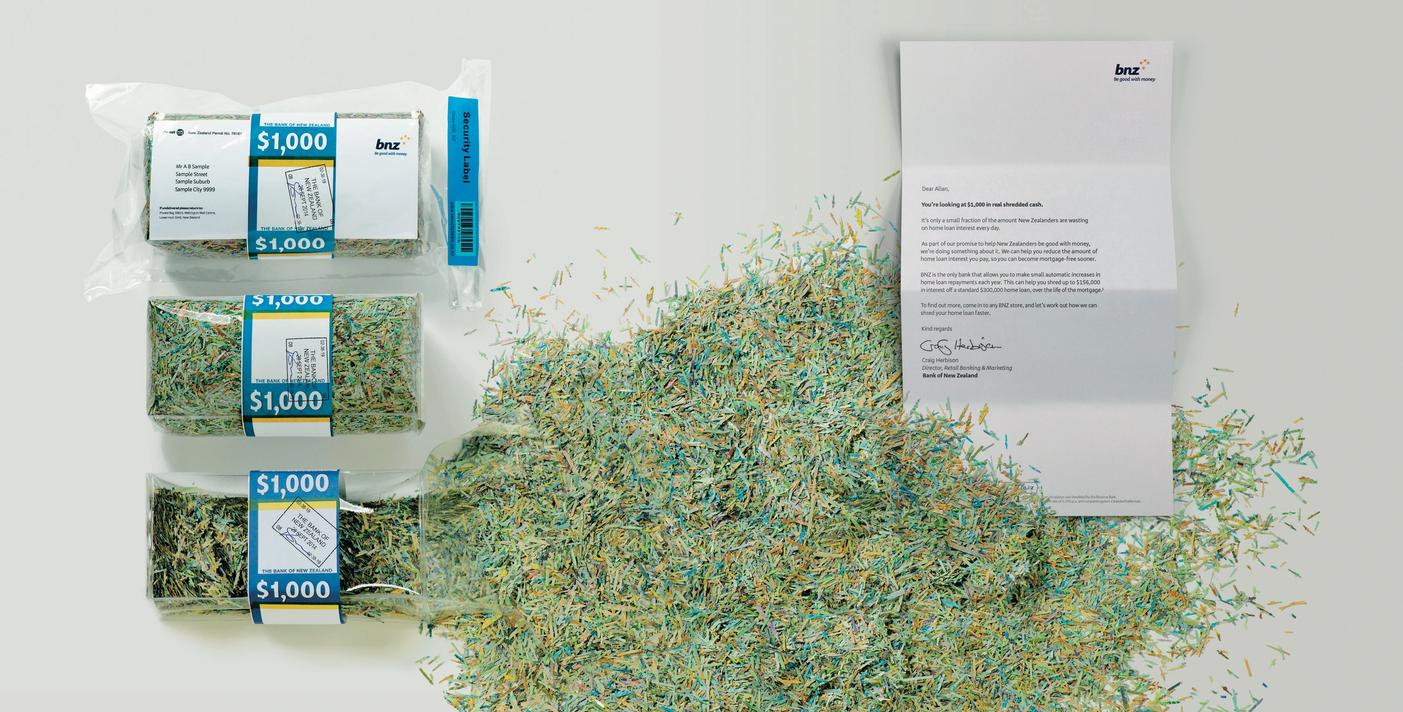