This study, called Ad’titude Tracker was performed in 2017 by bpost in collaboration with Deepblue and AQrate. It looks into Belgians’ attitudes regarding various media channels including in-home, traditional and digital.

The key highlights from the study are:

In terms of perception of consumers towards advertising by media category, the in-home advertising (direct mail and folders) was seen as the least interruptive and overabundant. On the other hand, it was perceived to be informative, convincing and enjoyable.

Below you’ll find the detailed overview of key media surveyed and the statements Belgians associated with them. One striking finding is that digital media and telemarketing score significantly worse in terms of being perceived as convincing or enjoyable. 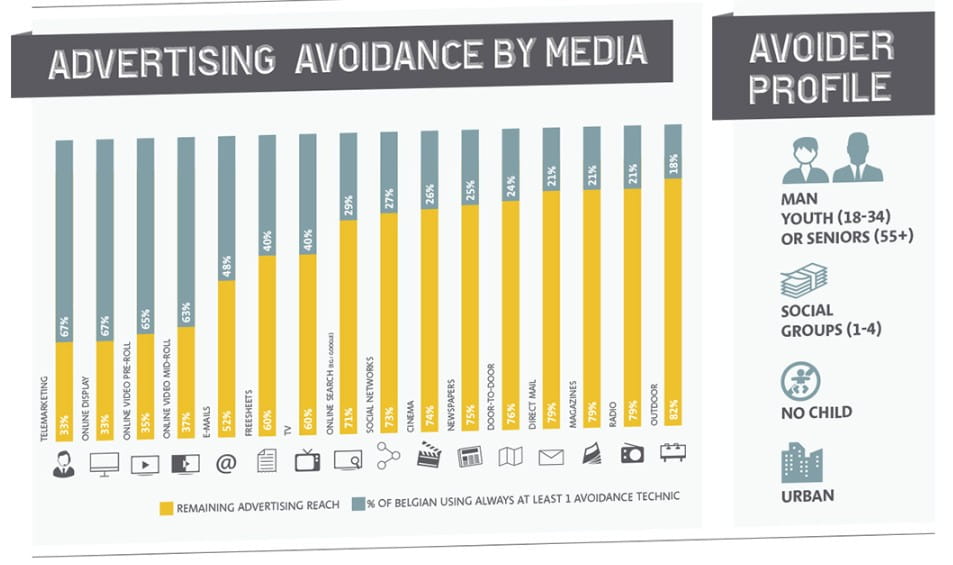 Registered users can play around with the data and segment it by attitude, media, age, gender, families with children, language, PRP and social class.

The field part of this study took place in 2 phases, between June and November 2017: a qualitative phase, done by the agency ‘Think to the point’, with four discussion groups all over the territory.

And a quantitative phase, done by AQrate, for which a sample of 2,008 persons, representative of the Belgian population, aged between 18 and 64 years old, have been interviewed.