The use of print in multi-channel marketing by digital pure players has many recent examples, one of which was a print advert placed in a number of daily newspapers by Facebook, offering tips on how to spot fake news.

The use of print in multi-channel marketing by digital pure players has many recent examples, one of which was a print advert placed in a number of daily newspapers by Facebook, offering tips on how to spot fake news. The social media giant has been criticised for its role in the spread of false information and needed to reassure its users that it was taking action. But instead of using its own digital platform to inform people, it turned to print to give its message a vital degree of accuracy and trust.

Some digital companies have gone further, publishing their own print magazines to reach an audience keen to sit back and consume the branded content at their own pace. The global accommodation rental site Airbnb have recently partnered with Hearst Magazines to produce Airbnbmag, a travel magazine driven by trends and insights from the Airbnb community of hosts and travellers.

In the e-commerce sector, many e-retailers use mail to drive consumer spending or to let shoppers know more about their recent purchase and to show them that they are appreciated. According to the IPC cross-border e-commerce shopper survey, 15% of online consumers received mail advertising from e-retailers they had transacted with in the past. Among the five biggest sources of advertising mail, three companies were pure fashion retailers: Zalando, La Redoute and H&M.

In this example from the UK market (see image below), Amazon used direct mail to reactivate its lapsed Amazon Prime subscribers. By sending the message both via email and direct mail, the e-commerce giant ensured that the lapsed customer is reached via different touch-points, which makes the customer feel more appreciated, which in turn increases the chance of them subscribing again.

This use of print by online and technology giants is now widespread, with many of them using newspaper and magazine advertising - as well as direct mail, door drop, catalogues and outdoor billboards - to give their brands a physical presence. 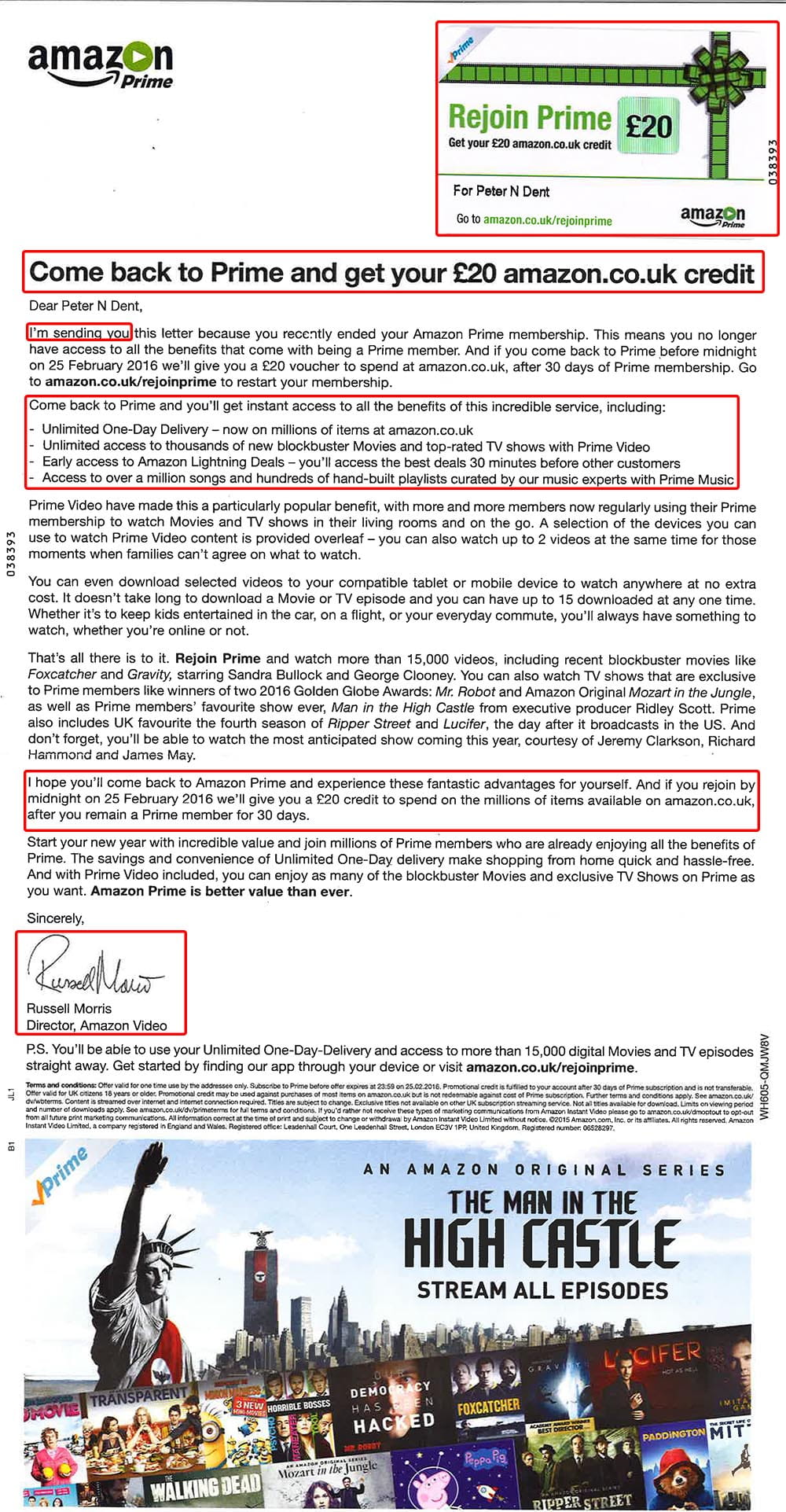