Love Condom was a Belgian challenger brand of condoms without the sort of budgets of the big players such as Durex.

In 1986, Belgium got to the quarter-finals of the football World Cup in Mexico. It was the country's best result at the tournament ever, an event of great significance. In June 2016, Belgium would be taking part in the European Championships, a few weeks of football no Belgian would want to miss.

Exactly nine months before the opening game of the European Championships, Love Condom posted a video on YouTube. Titled 'Football or Father' it was the tragic story of Philippe, who missed the epic game back in 1986 because he was at the hospital while his wife was giving birth to their child. In the film, he warned other Belgian males not to make the same mistake. Nine months before the Championships, wear a condom.

To get people to watch the video and talk about it, leading sports journalists were mailed a calendar for the weeks exactly nine months before the games. Condoms were stuck over the key dates. So, because the first match was to be played on 10th June 2016, the calendar provided a condom to be used on 10th September 2015. The calendar was mailed to all sports journalists in the country, who went on to talk about it during their programmes, airing the ad as they did so.

As a result, Love Condom got a total of five minutes and seven seconds of prime-time TV coverage. The story was taken up by the press and online media with PR worth over 350,000 Euros. Love Condom's number of Facebook fans increased 17%. Sales increased by +8 %. 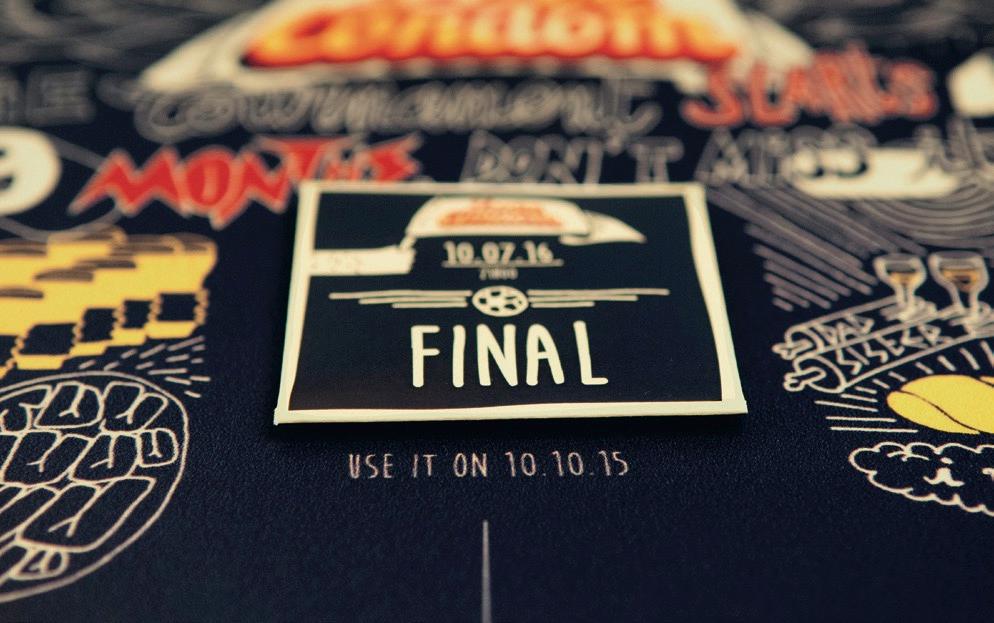