For 38 years, the delivery of the IKEA catalogue to tens of thousands of Canadian homes was a much-anticipated event. However, while people expected to get the catalogue every fall, their excitement had dwindled.

The task was not simply to motivate people to visit their local IKEA store but because the catalogue was a proxy for the brand, the communication needed to support its values and inspire.

The campaign big idea was to position the catalogue as "The Most helpful Book In The World". Outdoor and digital set out to create awareness of and interest in the drop of the catalogue. But what else could encourage people to do more than flip through the book and actually use it as a manual?

Answer: the most helpful measuring tape in the world. Delivered with the book, and with relevant little messages printed onto the tape itself, it encouraged home-owners to start measuring up for their new furniture.

The idea helped contribute to a highly successful campaign, which saw store sales increase by a whopping 13.5% compared to the previous year (almost 11% higher than the planned sales goal).

On social media, within one day, the measuring tape post helped to exceed the estimated retweets with an average reach of 41,000 and over 265,000 impressions on Facebook. 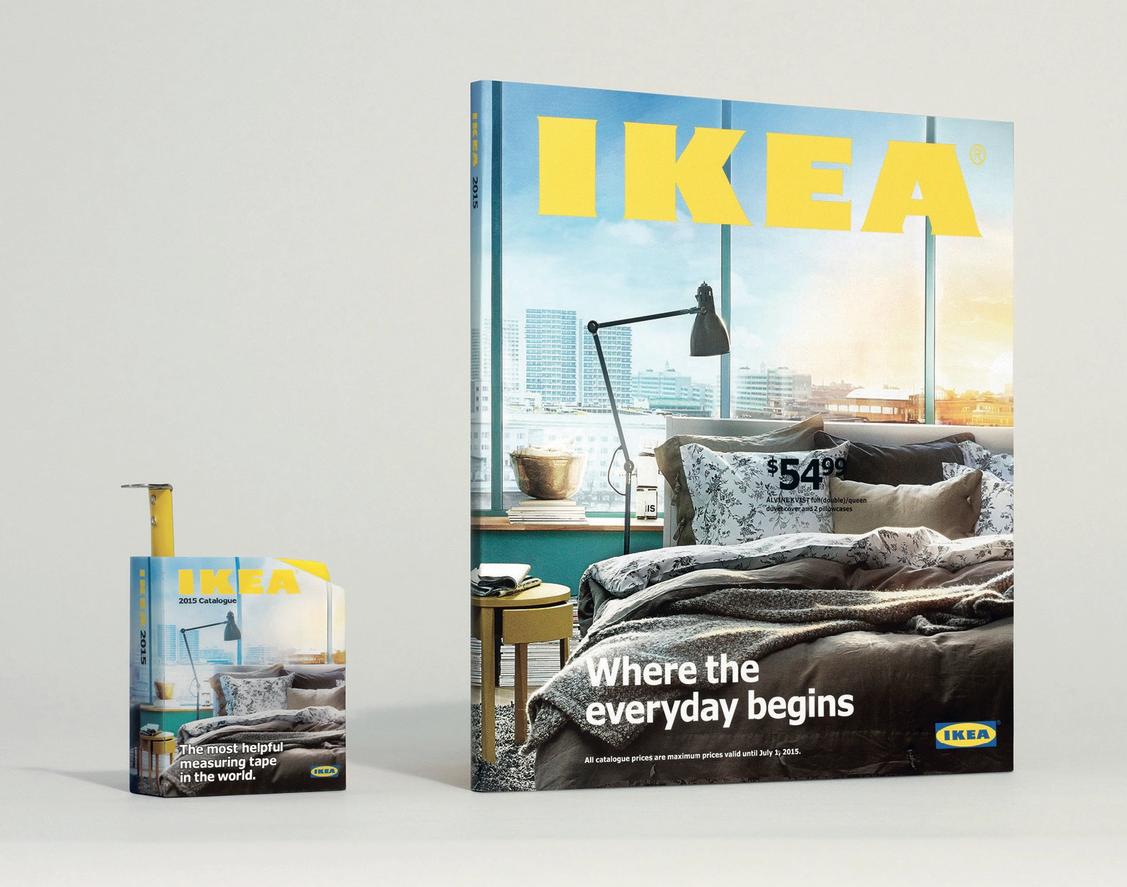