The Dogwood Initiative is an environmental lobby group established in British Columbia to protect their state from the reckless and thoughtless exploitation of its oil and coal deposits. In seeking popular support for its battles against vested interests, the Dogwood Initiative needed a powerful campaign to make the public aware of the real danger that the tankers posed to the environment.

There had already been a significant number of oil spills on Canada's coastline from tankers loaded with crude. Some of the most powerful oil companies in the world were pushing for even more tankers to increase their trade in these waters. The Exxon Valdez disaster in 1989, when 11m gallons spilled into Prince William's Sound, Alaska, had shown the world that there was no safe way to transport oil.

To stimulate debate about the risks of allowing more tankers to the British Columbia coast, tanker-shaped packages filled with black oil were mailed to hundreds of homes. In many instances, the mailing's journey caused the packages to rip off, leaking all over the letter and making the point more dramatically.

Reactions were varied but strong, ranging from supportive tweets to angry letters. The biggest impact was made online, with hundreds of DM recipients sharing pics of the mailer on Twitter and Instagram. National news outlets wrote about the mailer and as the idea spread, Dogwood Initiative's “No Tankers” campaign saw an increase of 400% more pledges during the month of December.

Carefully targeted addressed mail receives a better response rate in most cases, however, the whole idea here was to mail random households and stir up conversation in social media and raise awareness. Why physical channel was used? If recipients were angry that their plastic tanker had leaked in the mail, how much angrier would they be when millions of gallons of real crude oil dirtied hundreds of miles of coastline? 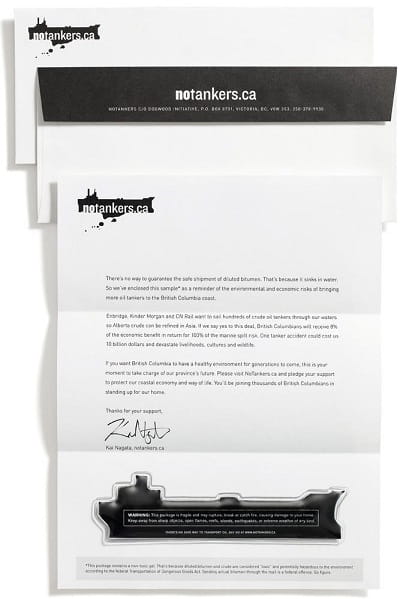 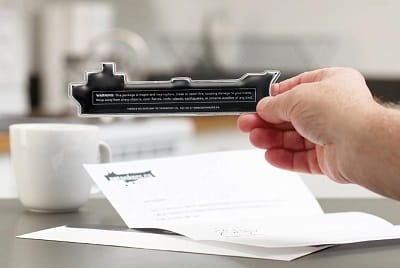