Auckland City Mission had set about learning why some people were unable to free themselves from poverty through an extensive, year-long research project, Family 100. The findings revealed there were eight key drivers that trapped people in an endless financial hardship. To officially launch their conclusions, Auckland City Mission wanted to ensure the highest attendance, including media, at their launch event.

An invitation was sent to nearly 300 key influencers. The mailing was designed to be read as unending cycle copy with no beginning or ending. This gave a real sense of what it must have felt like to be trapped in poverty.

As a result of the mailing, the launch event was attended by over 90 people and it was standing room only. Importantly, attending the event were also two members of parliament, a TV news crew and several press reporters. This meant the Family 100 launch was given full TV news coverage and, the following day, was the second highest trending news article on the NZ Herald. 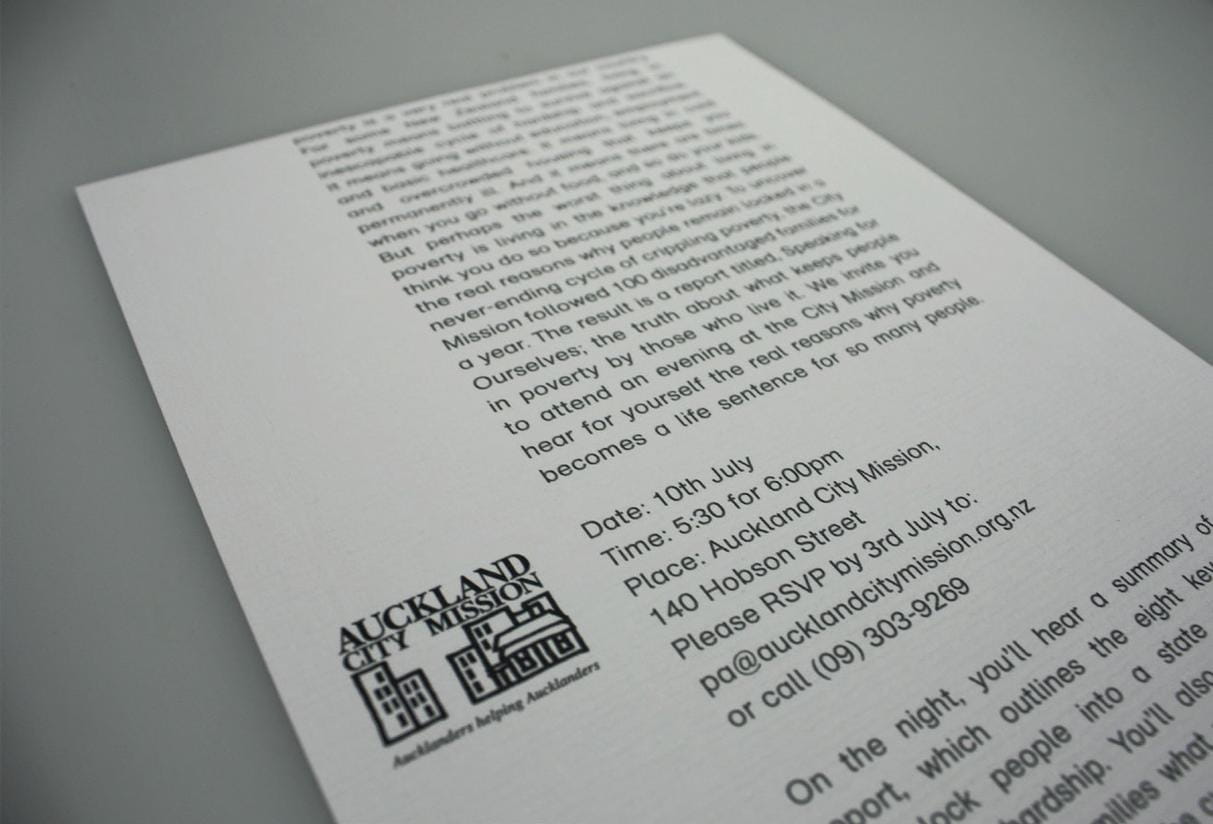