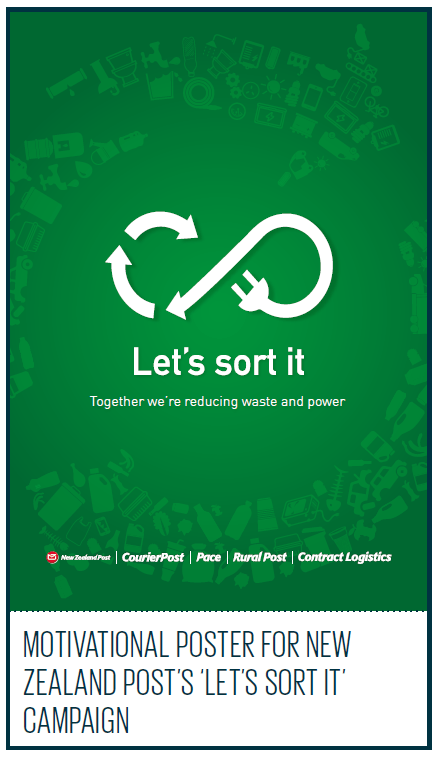 In 2016 New Zealand Post initiated a new campaign called ‘Let’s sort it’, through which it encourages and helps its staff to reduce waste and make efficient use of energy. The campaign aims to:

Engagement takes place via the internal distribution of videos and other information on a quarterly basis. Staff also receives encouragement and feedback on their site’s performance, as well as resources to help facilitate improvements.

This initiative was started as New Zealand Post recognised that waste and energy efficiency are areas where the post could improve performance and that this could be achieved through effective staff engagement. This is because:

The campaign is ongoing, and although it is currently too early to assess its impact, New Zealand Post expects the benefits of this initiative to be considerable. In addition to reduced levels of waste to landfill and increased energy efficiency, other expected benefits include: increased staff engagement on sustainability, improved staff morale and pride in their work, as well as the generation of new ideas about how the Group can improve efficiency.