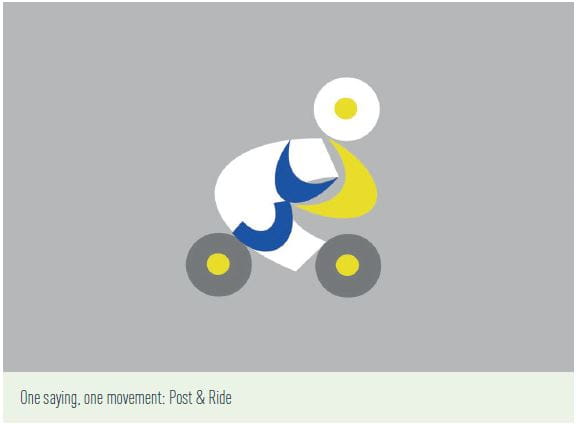 The Poste Italiane Green Strategy is based on the definition of Green Economy adopted by the United Nations in 2008, ‘an economy able to increase wellbeing and social equality, significantly reducing environmental risks and the deterioration of ecosystems’. The strategy has two general goals: protection of the environment, starting from the climate, and promotion of social inclusion. To this end, the company has adopted an environmental initiative focused on the participation of its staff.

Poste Italiane has introduced the ‘Poste Pedala’ (Post & Ride) initiative to encourage not only bicycle commuting for employees at its head office in Rome, but also the further use of the bicycle in their urban mobility. The initiative promotes sustainable mobility using an existing mobility portal on the company intranet site. The portal is integrated with a mobile app to calculate distances travelled and rank participating employees, encouraging friendly competition.

The pilot phase of the project will be completed by the second half of 2019 and will have involved around 200 people in the head office, equivalent to around three percent of the total workforce. It is estimated that the initiative could save around 54.1 tonnes of CO2 emissions per year. During 2020, the scheme will be extended to offices already equipped with changing facilities.