In 2020, Swiss Post generated Group profit of 178 million francs, down 77 million francs year-on-year. At 272 million francs, operating profit (EBIT) was down 178 million francs. Coronavirus has been a major challenge for Swiss Post in all units. In the face of the diversity and scale of this challenge, Swiss Post management is satisfied with the result. The pandemic clearly shows that Swiss Post’s new strategy is both important and correct. Swiss Post must invest and act sustainably now to ensure that it can continue to guarantee the universal service from its own resources in the future.

As expected, Swiss Post’s Group profit and operating profit were significantly lower in 2020 than in the previous year. Profit totalled 178 million francs, down 77 million francs on the previous year. Operating profit decreased from 450 million francs year-on-year, falling to 272 million francs. The decline was due partly to trends that were already in place, such as the fall in letter volumes and the negative interest rate situation at PostFinance. In addition, the coronavirus pandemic has exacerbated some of these trends and brought new challenges for all of Swiss Post’s units and markets: a veritable parcel boom on the one hand, but additional protective measures and staff, fewer letters and fewer over-the-counter transactions at Swiss Post branches on the other. At PostBus, the number of passengers fell considerably, even as PostBus maintained a basic service for the public. Overall, the effects of the coronavirus pandemic have reduced the Group result by 139 million francs. “The pandemic was a major challenge for all of our employees and for the entire Swiss Post management. For example, we processed an unprecedented volume of parcels under difficult conditions and delivered them reliably to all corners of Switzerland. Given the variety of major challenges we faced due to coronavirus, we can be satisfied with last year’s result on balance, despite the fact that it is poorer than in previous years,” says Roberto Cirillo, CEO of Swiss Post. Within this context, the annual result was expected, but it also represents a strong performance.

Parcel boom cannot offset declines in other areas
In 2020, Swiss Post delivered around 23 percent more parcels than in the previous year. These huge parcel volumes, as well as an increase in insurance services, led to very good operating profit at PostLogistics. It came in at a total of 201 million francs, up 73 million francs year-on-year. However, the fact is that the high parcel volumes cannot offset the negative impact of the coronavirus crisis on all Swiss Post units.

More parcels, fewer letters: pooled use of resources
The pandemic has accelerated the decline in letter volumes. The number of addressed letters fell by 5.6 percent last year, to 1,705.6 million. In 2020, PostMail achieved an operating profit of 293 million francs. This remains the most significant contribution to the Group result, notwithstanding the fall of 77 million francs year-on-year. Swiss Post took advantage of the resources available in letter processing to take the pressure off parcel logistics. This allowed the processing of up to 150,000 small parcels a day at the letter centers. The close cooperation between staff at the letter and parcel centers was efficient and effective. Since the beginning of 2021, letter and parcel processing have been consolidated into the same unit. This consolidation establishes the logistical basis for Switzerland’s future universal postal service.

Pandemic impacts all Swiss Post units
The coronavirus pandemic affected all Swiss Post units. PostalNetwork generated a negative operating result of –105 million francs. Although this represented an increase of 27 million francs in the operating result at PostalNetwork year-on-year, the prior-year result had been negatively impacted by the recognition of a provision of 41 million francs. While there was indeed a big increase in parcel business at the branches (+19 percent) in 2020, the declines in payment transactions (–15 percent) and letter volumes (–10 percent), which have been ongoing for some time, have been exacerbated by the pandemic.

PostFinance’s operating profit totalled some 161 million francs, down 79 million francs year-on-year. Of this, 22 million francs is the result of the impact of the coronavirus pandemic: as people travelled much less, there was a decrease in conversion gains from foreign currency cash withdrawals at ATMs in Switzerland and abroad and from the use of credit cards. Otherwise, the fall in profit is primarily due to the ongoing negative interest rate environment and declining net trading income. Against the backdrop of this challenging environment, Swiss Post welcomes the political debate initiated by the Federal Council concerning the future of PostFinance and the future structure and financing of the universal service for payment transactions in Switzerland.

Finally, the pandemic has had a severe impact on the passenger transport market. The Federal Council’s recommendation last spring that the general public should avoid public transport wherever possible led to a sharp drop in demand and revenues at PostBus. Despite this, PostBus maintained the basic service mandated by the Confederation. In its wake, the operating result fell to –79 million Swiss francs, down 55 million francs year-on-year. Most of this amount (48 million francs) was a direct consequence of the pandemic. As a licensed enterprise in regional passenger transport, PostBus may not generate planned profits. Any surpluses must be paid into the statutory reserves. PostBus must cover any losses in income caused by the pandemic out of these reserves. In regional transport, PostBus is not entitled to receive any of the financial support for public transport decided on by Parliament.

Swiss Post is taking the right path
The coronavirus pandemic has demonstrated that Swiss Post is right here for the people of Switzerland, even in times of crisis, and that it is a key player in the Swiss economy. The restrictions on public life highlighted the importance of Swiss Post’s role in the provision of Switzerland’s basic services. It was only because Swiss Post delivered goods to people’s homes that the public continued to be supplied with all necessities. CEO Roberto Cirillo is convinced: “The pandemic shows us that the people and businesses of Switzerland need a well-functioning Swiss Post. At the same time, we have proven that Swiss Post can be relied upon, even in challenging times.” Chairman of the Board of Directors Urs Schwaller explains: “The new Group strategy, which we have been implementing for two months now, strengthens Swiss Post as a public service company. A high-quality universal service throughout the country is our most important goal, and this will remain the case. That’s why it is essential to have a comprehensive debate about the universal service in Parliament in the near future. We need clarity on the future of both the universal postal service and the universal service for payment transactions.”

Swiss Post wants to ensure that it can continue to provide the universal service from its own financial resources in the long term. It is already on course to do so. Since the beginning of 2021, it has merged its letter and parcel logistics within its organizational structure, allowing it to harness additional synergies. According to CFO Alex Glanzmann, efficiency measures of this kind are as important for the coming years as up-to-date price adjustments, targeted investment and growth in clearly defined markets: “We will not only invest in our logistics, but also in trustworthy digital communication. Swiss Post wants to support the people and businesses of Switzerland on their journey into the digital future.” And Glanzmann reiterates: “Swiss Post has a stable financial basis and a healthy equity and liquidity situation. This helps us to tackle the issue of planned growth so that we can continue to provide the universal service from our own resources in the future.”

Hearts are yellow, too: Urs Schwaller to entrust the chairmanship to new hands at the end of the year
Chairman of the Board of Directors Urs Schwaller has decided to step down from his role as of 1 December 2021. “It’s the right time for Swiss Post and for me. We have systematically rectified past errors and implemented wide-ranging measures to ensure that similar incidents cannot happen again. But above all, we have set the main course for Swiss Post’s future viability. The new Swiss Post strategy ensures that we can accommodate our customers’ changing requirements and guarantee the future of the universal service with our competitive edge. This means that I can hand over the chairmanship of the Board of Directors on an optimistic note,” says Urs Schwaller. Urs Schwaller took up the role of Chairman of the Swiss Post Board of Directors in April 2016. “At the age of 68, the right moment has come in my personal life for me to scale back my professional commitments. However, I already know that I will miss the people in our Group. The lifeblood of Swiss Post is its exceptional employees, who serve the company every day and bring Switzerland together in so many different ways. This is something that has not only impressed me time and again, but has also had a positive influence on me. Hearts are yellow, too,” says Schwaller.

The Federal Council will select a successor for Urs Schwaller and put this name forward to the Board of Directors for a vote. The decision will be taken at the General Meeting to be held on 27 April 2021. Urs Schwaller wants to ensure that the transition is as smooth as possible by facilitating a long-term plan for the handover. 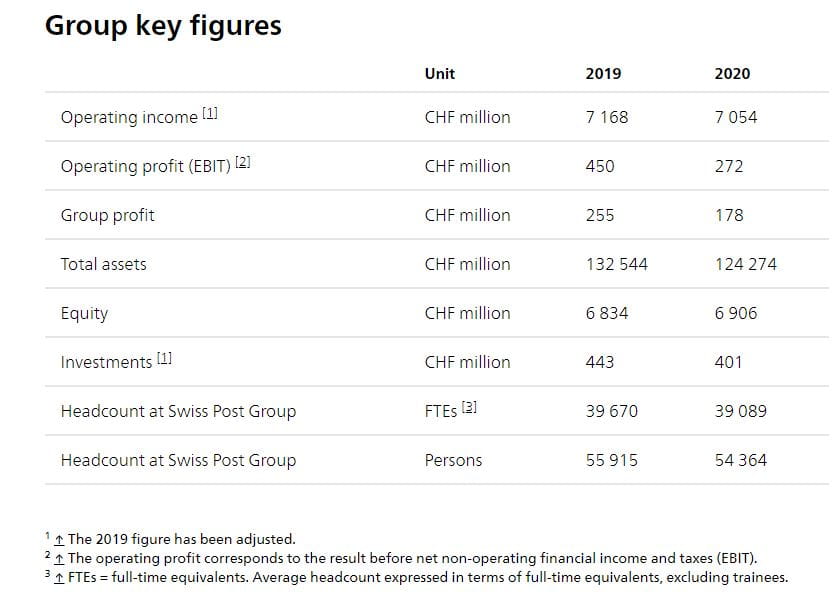 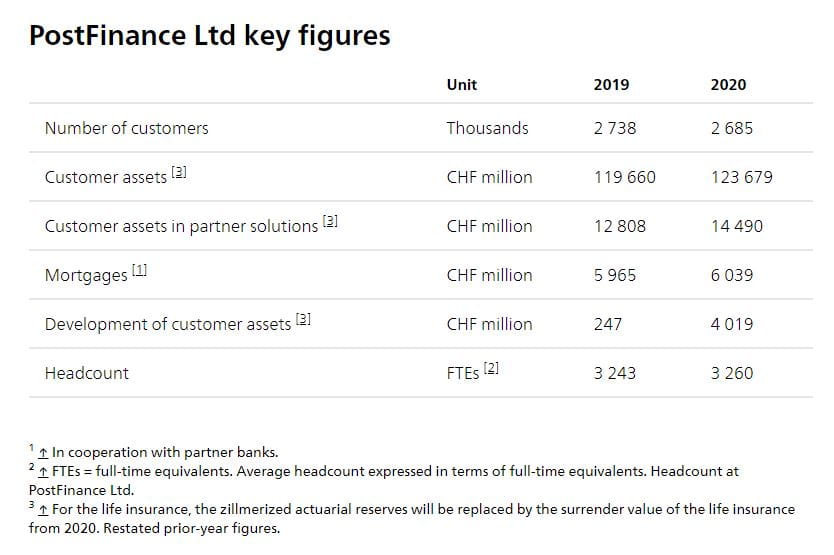 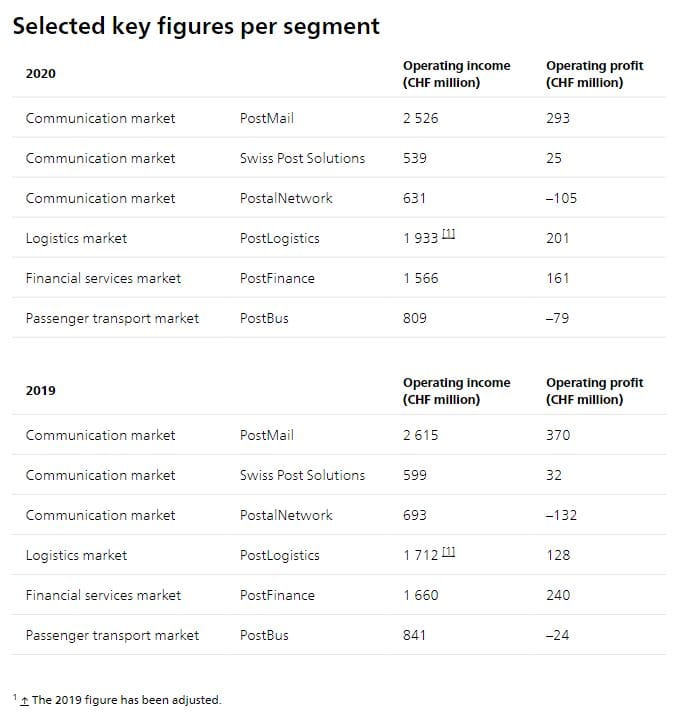