In its results for the first quarter of 2021, Swiss Post recorded slightly higher Group profit, somewhat lower operating profit and stable revenue year-on-year. Swiss Post began the new strategy period well under the new Group structure during the first three months of the year. It started equally strongly in terms of day-to-day operations. Parcel volumes, which remained high, were processed reliably under the new organizational structure.

Pooling strengths bolsters core business
In the mail business, the volume of addressed letters declined by –5.1 percent, while parcel volumes continued to grow. Swiss Post employees processed 34.2 percent more parcels than during the same period a year ago. Swiss Post is adapting to this trend. Since the start of the year, parcel and letter processing have been merged into the same unit. Logistics strengths have been combined to ensure optimal processing of parcel volumes to bolster Swiss Post’s core business. The transition ran seamlessly. “We ensured the high parcel volumes were processed reliably under the new organizational structure, which gives us greater flexibility,” notes Glanzmann. This is also reflected in the result of the Logistics Services unit which – adjusted for the effect of an insurance payment in the previous year – rose due to the higher parcel volumes. There were also positive developments at PostalNetwork, Mobility Services with PostBus and Swiss Post Solutions, while the (digital) Communication Services unit posted a lower result as anticipated.

At PostFinance, customer deposits rose year-on-year despite customer asset fees. However, these measures have led to a shift towards funds and securities investments to some extent (non interest-sensitive customer assets). Overall, the growth in customer assets stood at –1.8 billion francs in the first quarter. Income from the interest and capital market was down on the previous year. Coronavirus has also had an impact on PostFinance. People are still travelling less than before the pandemic. The conversion gains from cash withdrawals in foreign currencies at ATMs in Switzerland and abroad and from the use of credit cards also fell in the first quarter of 2021.

New strategy guarantees strong public service
Swiss Post has had a new Group structure (see box) and has been implementing the “Swiss Post of tomorrow” strategy since the start of the year. It is still too early to provide specific statements on the extent to which the new strategy and structure are impacting on operating income or the result in the current year. However, the negative trends of Swiss Post’s previously centralized value drivers – letter volumes, over-the-counter transactions and interest – have been evident for some time. Alex Glanzmann firmly believes: “Recipes from the past are no solution for the challenges of the future.” By pursuing its new strategy, Swiss Post is embarking on a path into the future which will focus on continuing to provide Switzerland with modern postal services and guaranteeing a strong public service. The Swiss Post of tomorrow is based on four pillars: investment, growth, efficiency improvements and price measures. “This will ensure Swiss Post can remain independent, continue to make everyday life easier for people and enable companies in Switzerland to progress,” emphasizes Glanzmann. 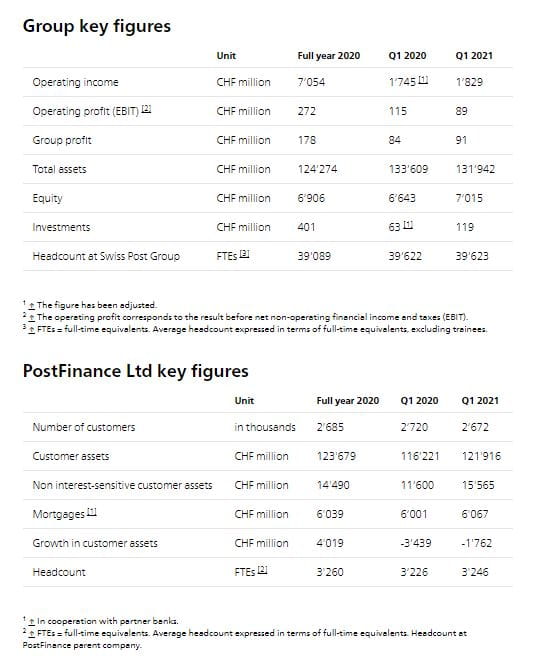 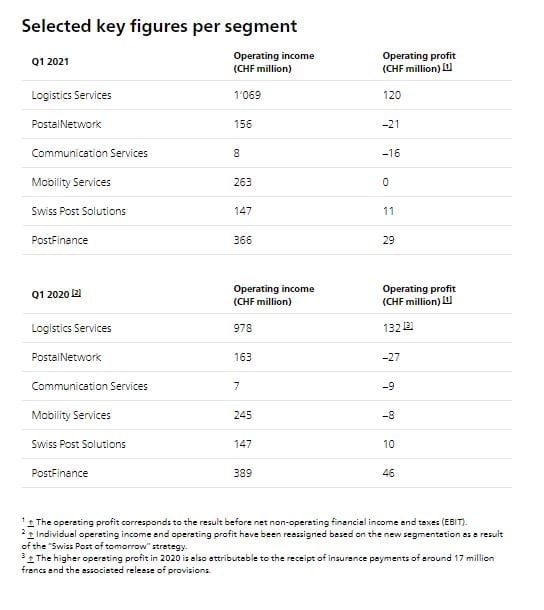