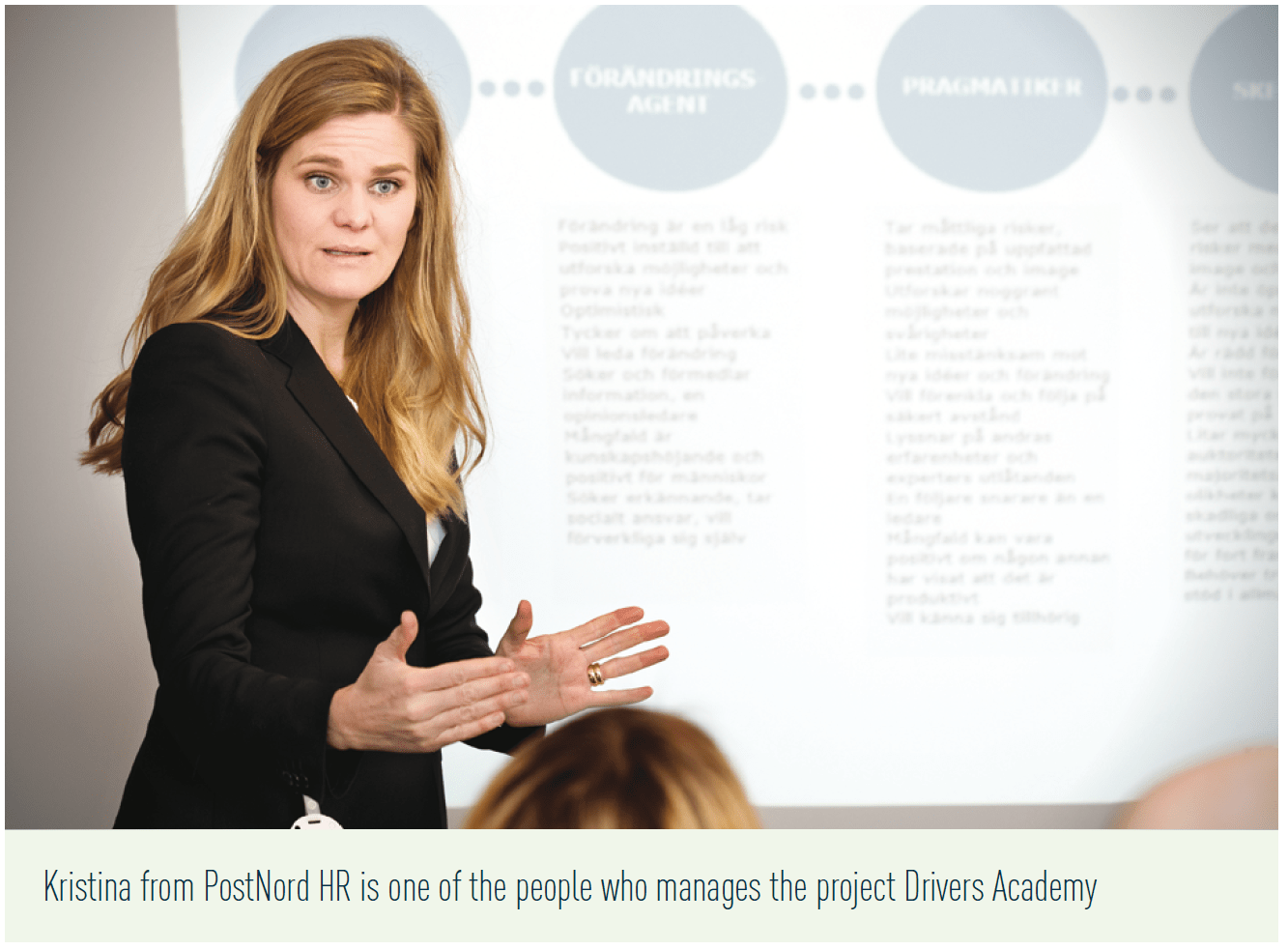 With over 30,000 employees, PostNord is one of the Nordic region’s largest employers and plays a major role in key social functions in the region. PostNord aims to offer an attractive, stimulating workplace, to develop employee commitment levels, and safeguard employee health. The company also strives for gender equality, with a long-term target for the underrepresented gender to make up 40% of managerial positions.

The PostNord Driver Academy project operates in collaboration with the Swedish Public Employment Service and with the support of the Swedish Agency for Economic and Regional Growth. The purpose of the project is to build a model for achieving self-sufficiency in drivers, while providing stable employment for disadvantaged groups. The Academy aims to recruit long-term unemployed and recent immigrants. Women are a group the company are specifically trying to recruit. In parallel, working closely with trainee drivers, the company is investing in an app--based Swedish language course called Lingio. The course is focusing on the language used in transport and logistics and is intended to help both recent arrivals and native speakers to improve their language skills. Lingio will eventually be made available to other companies across the country.

The Driver Academy opened in October 2018, initially training 13 drivers in the city of Örebro. The scheme is being rolled-out to ten other location across Sweden. Eight pupils will complete their driving training in Umeå in September 2019 and later in the autumn 11 new drivers will begin their training in Sundsvall. Initial feedback has been positive. Anita Tjärnberg, training coordinator for the North Region: ‘I think it has gone really well. It’s great to see the commitment the students have, they really want this’.