After the announcement of the 20% CO2 emissions reduction target achievement in 2015, IPC EMMS participants have continued to work together to collectively reduce the postal sector’s carbon footprint, and they achieved some excellent results. 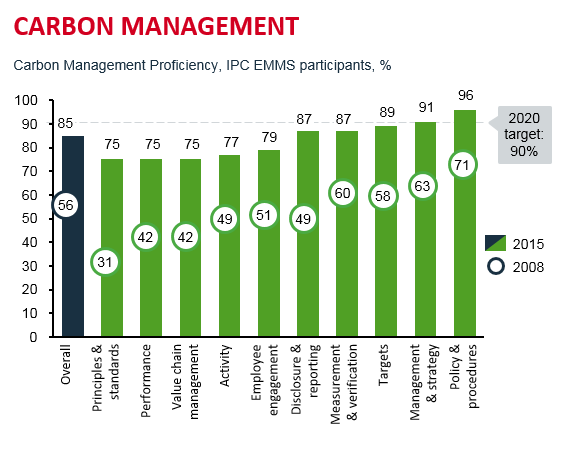 Brussels, 04 November 2016 – After the announcement of the 20% CO2 emissions reduction target achievement in 2015, IPC EMMS participants have continued to work together to collectively reduce the postal sector’s carbon footprint, and they achieved some excellent results.

Holger Winklbauer, CEO of IPC says: “After meeting our 20% emissions reduction target six years early last year, our participants demonstrated ongoing leadership throughout all categories of the programme. For example: one of the reasons of the continuous improvements is that our participants are increasingly switching to renewable electricity. In 2015, 25% of total electricity used by our participants was considered green electricity, a significant increase from 16% in 2014.” 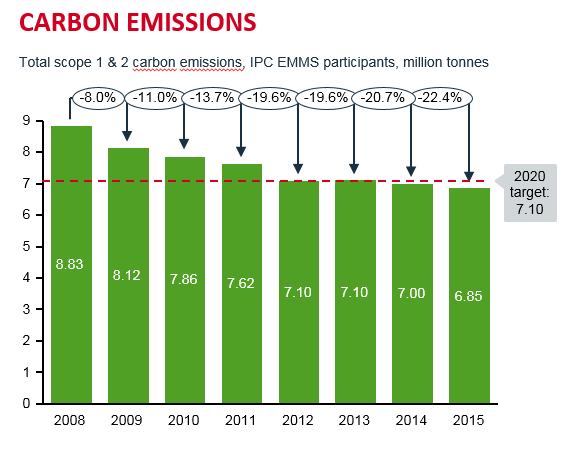 Following the group’s success last year in reaching the 20% emissions reduction target, the participants’ continued efforts to improve their carbon management and drove further emissions reductions this year. The group’s emissions have decreased by 22.4% since the start of the programme, from 8,830,000 tonnes in 2008 to 6,852,000 tonnes in 2015. By aggregating savings since 2008, this equates to more than 10m tonnes of carbon emissions that have been avoided by the EMMS participants over the seven-year period.

In 2014, a new delivery efficiency target was formally introduced for the group to broaden the programme’s scope and continue the EMMS participants’ emissions reduction efforts. The new target aims to achieve a 20% reduction in emissions per letter mail and per parcel by 2025, from a 2013 baseline.

In January 2016, this delivery efficiency target was approved as a sectoral benchmark by the Science Based Targets (SBT) initiative’s Steering Committee. This ensures that the target aligns with the latest climate science, and that emissions reductions are in line with the reductions required to meet the COP21 Paris Agreement’s goal. 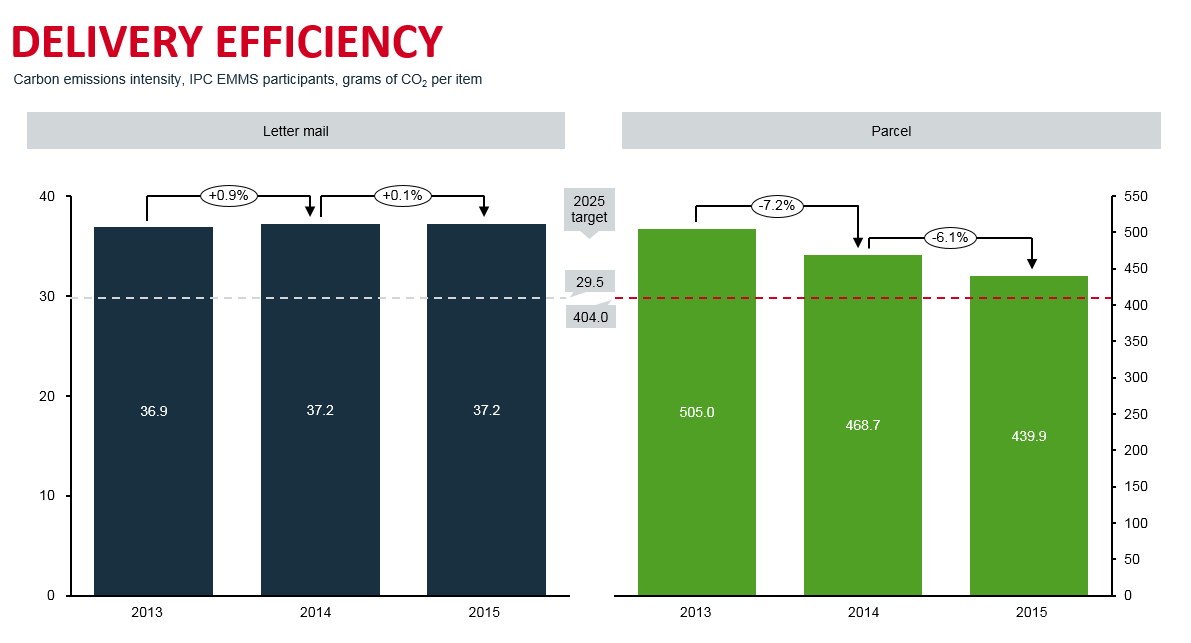