In New Zealand, about 10,000 kids break their arms every year. One explanation for this may be a lack of calcium in their diet. Fonterra Foods, which owns the Anchor dairy brands, set out to raise awareness of milk's nutritional benefits amongst parents and kids.

Once they're over the pain of a broken bone, there's nothing kids like more than showing off their plaster casts. As part of its 'Go Strong' masterbrand platform for Anchor, Colenso BBDO created the Anchor X-Ray Cast. Kids uploaded their x-rays, and received a hard-wearing decal of the x-ray to stick on their casts.

The decal also had a barcode that could be scanned at supermarket checkouts allowing them and their parents to cash in vouchers for Anchor's calcium-enriched milk for the period their bones took to mend. The idea was promoted via direct mail, posters and leaflets.

The promotion certainly caught the imagination and saw good results. There were 122 applications for decals within the first 48 hours, building rapidly to 700+, which is equivalent to more than half the kids with broken arms at any one time.

The launch post achieved a 3% engagement rate, about twice the average for FMCG products, with a 40% completion rate for the video. At the very basic level, this is about branding broken arms, but Anchor and the agency made so much more out of it. They essentially took an accident and turned it into an educational and marketing opportunity to promote the nutritional values of milk. 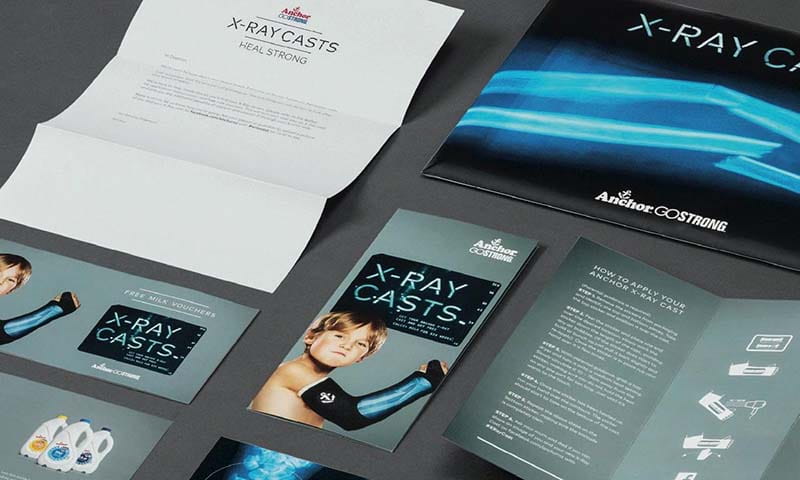