When buying online cross-border, the vast majority of consumers want to know the full cost of delivery before purchase. 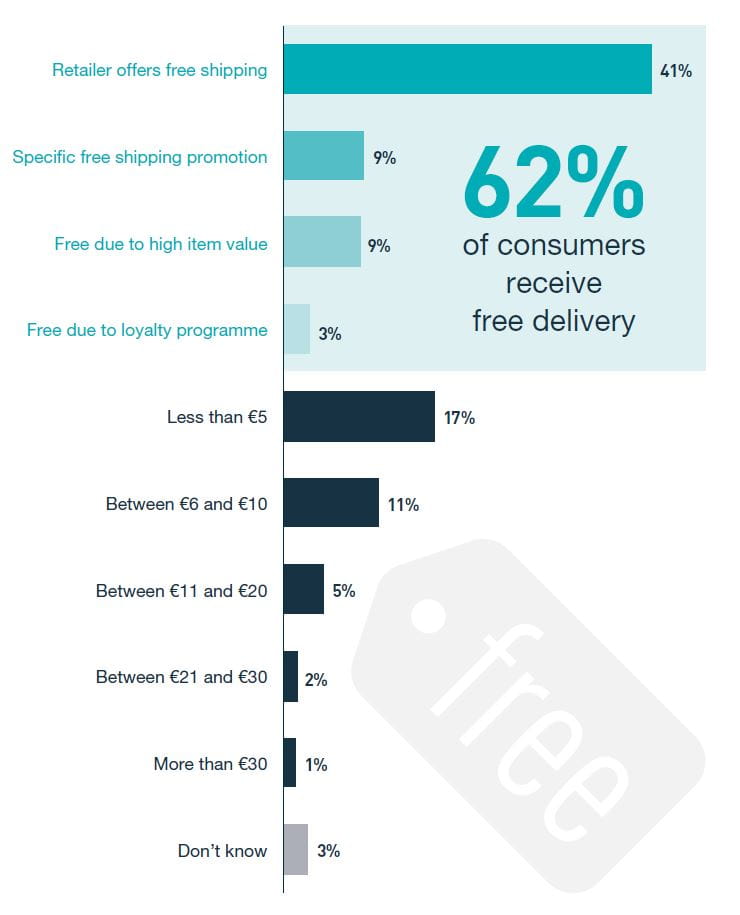 A landed cost calculator at check-out is therefore considered a good solution by consumers to increase transparency on delivery costs and customs duties. It is seen as very important by 51% of respondents and as rather/very important by 82%, and also shows the biggest increase in importance compared to the previous year (+6%).

Free delivery on purchases over a particular value was considered very important or rather important by 88% of respondents.

13% of consumers paid customs duties or customs clearances fees for their most recent cross-border online purchase. Of the respondents who had to pay for customs, almost half (48%) of them paid it while making the online purchase. Non-European consumers, who are more used to paying customs fees, tended to pay upfront, while European customers, who have less customs experience due to the EU Single Market, tended to pay customs at a later stage.