In 2019, 39% of goods bought online internationally were purchased from China, 14% from the US, 10% from the UK and 9% from Germany, according to the 2019 edition of the IPC Cross-Border E-Commerce Shopper survey.

When looking at the evolution of the main e-commerce exporting countries between 2016 and 2019, it is notable that after China’s sharp growth from 2016 to 2018, there is almost no change in 2019.  China’s share increased by 7% in 2017 and by a slightly more moderate 3% in 2018 – however, in 2019 it stabilised. The other four largest countries have also remained steady over the past two years. 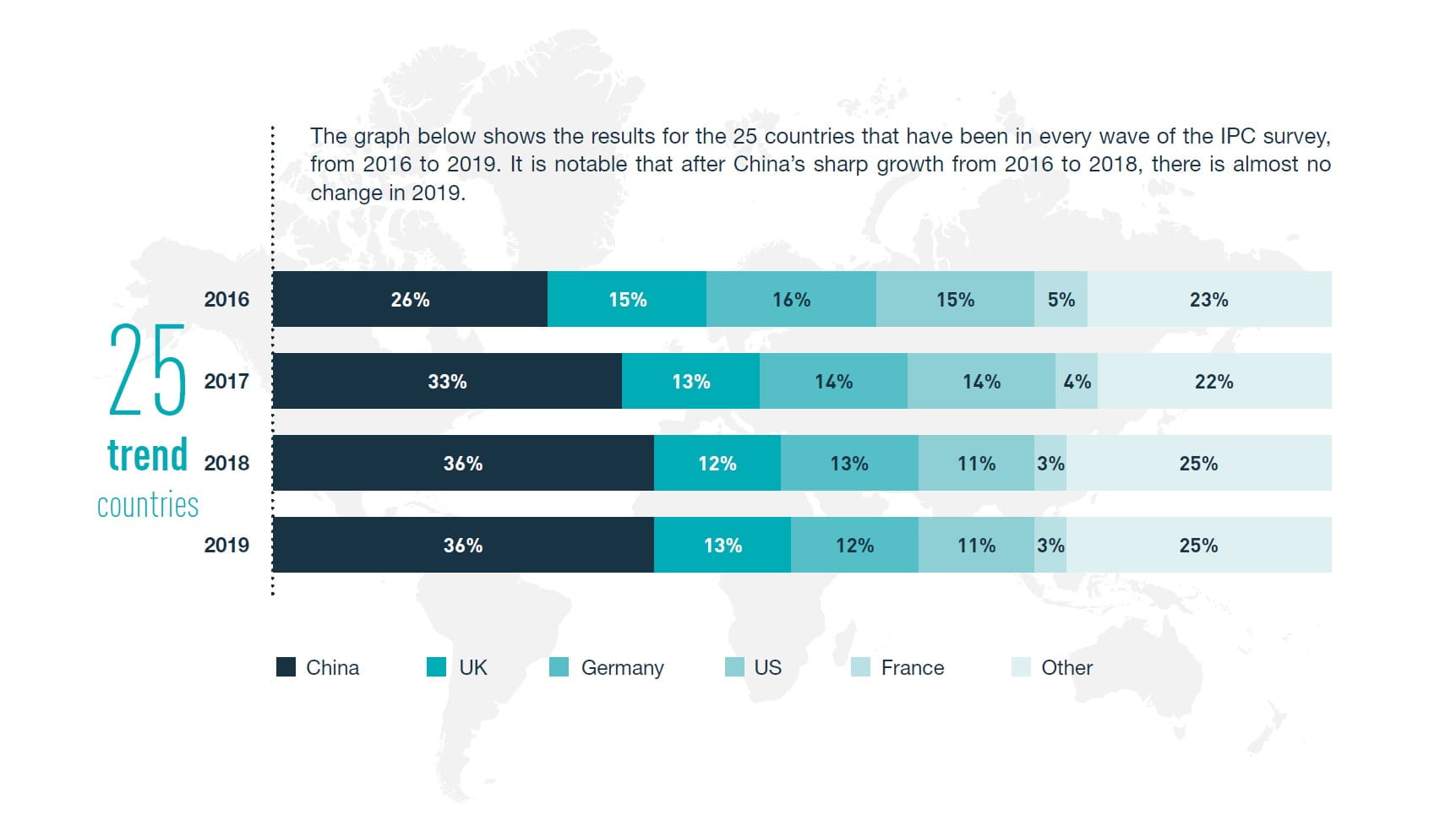 Respondents who had made a purchase from China in the past year were asked what they would do if online purchases from China increased by €10 per item. This new question was asked in anticipation of European Union changes to VAT and customs legislation for low-cost items coming from China, and also to reflect possible higher postal delivery costs for future Chinese purchases.

Thirty-six percent of respondents said they would stop buying from China altogether, 41% would buy slightly less from China, and 13% would have no change to their purchase activity.

The 2019 edition of the IPC Cross-Border E-commerce Shopper Survey reached over 35,700 consumers in 41 different countries across North & South America, Asia Pacific and Europe, confirming itself as the largest-ever global consumer survey, focusing on cross-border e-commerce.