In October 2014, IPC approached the potential partners in its membership with the idea of a standardised cross-border receptacle that had benefits for the users. We adopted the IPC Pallet Box in July 2016, after having been involved in the development and production of it since the beginning.

The Pallet box has been designed for a more efficient use of cross-border road transport, by minimising equipment tare weight and maximising use of the load capacity. What have been the benefits for your organisation so far?

From a cross-border operational perspective, the solution has also streamlined our operations: before the introduction of the Pallet Box, posts were using different receptacle types; now the majority of our ‘road’ partners use the standardized IPC Pallet Box. This allows for a more automated operation: we are now able to use tipper machines for 80% of our road arrivals. Moreover, by using forklift equipment we can load and unload trucks much quicker, thereby minimising down time for the transporter.

Did you encounter any challenges in putting it in place?

No, the IPC project manager was very thorough and proactive in promoting the IPC Pallet Box – not only to Le Groupe La Poste but to all potential users. IPC followed up and presented all potential benefits and products to all parties involved in the decision-making process within each organisation, including Health & Safety representatives, transport managers, ground managers, equipment managers, accounts managers.

IPC worked as a partner in a joint venture, anticipating any potential problems in order to resolve them before rolling out the Pallet Box to the n network. This proves that the solution was truly a team effort within IPC’s membership. 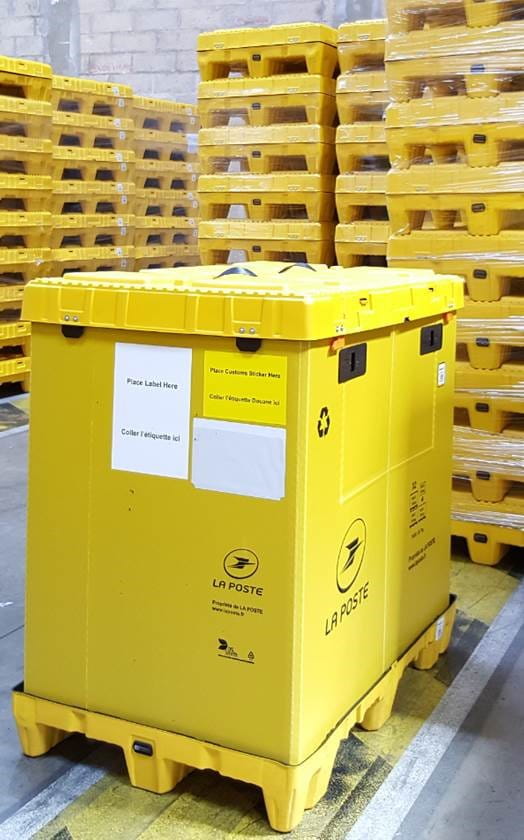 What would do you suggest as opportunities for improvement and expansion?

The IPC project manager, has been very active in expanding the usage of the Pallet Box, from the initial Paris – London route, the pool now has seven members and covers over 50 routes.

At La Poste, we have quickly adapted the IPC Pallet Box solution from the initial cross-border pool - managed by IPC - to the introduction of 4,000 of our own unique Pallet Boxes, based on the IPC model, for our ‘domestic’ network.

In the near future, it would be nice to see all European partners on board – especially our immediate neighbours from Belgium, Spain and Italy.