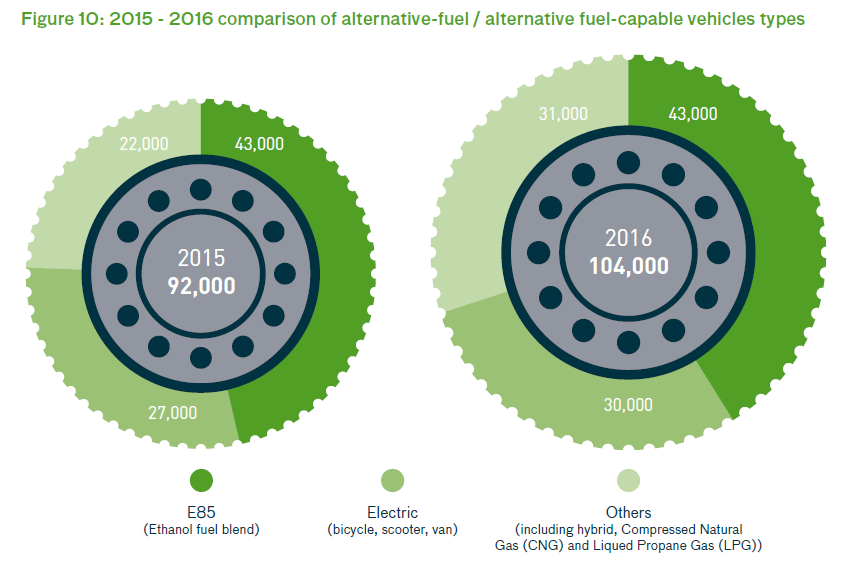 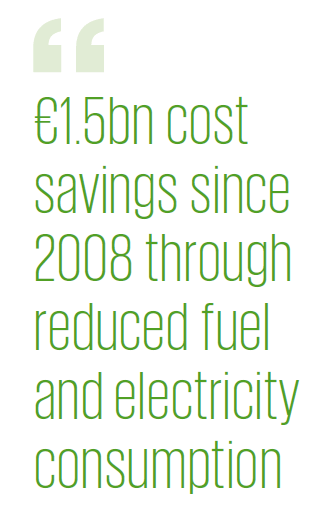 Fuel consumption and electricity use are the most significant contributors to the postal sector’s carbon emissions, and their reduction presents opportunities for participants to realise considerable financial gains. Over the eight years of the programme, the group has achieved an accumulated saving of 1.3m tonnes of carbon emissions from own transport. Using a conservative conversion factor for diesel, this equates to 460m litres of fuel saved, and represents a financial saving of €403m (US$446m). 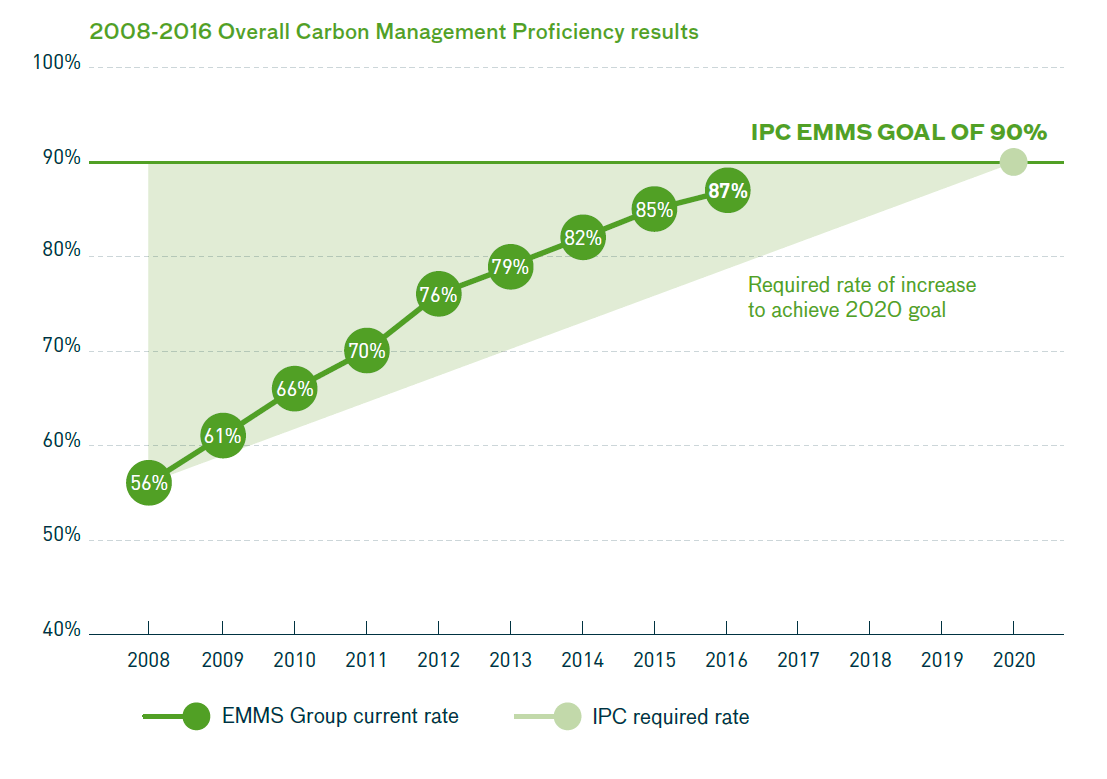 Having reached the 20% absolute Scope 1 and 2 emissions reduction target in 2014 – six years ahead of schedule – the group continues to translate their improved carbon management into further emissions reductions. The group’s emissions have decreased by an impressive 26.9% since the start of the programme, from 8,830,000 tonnes in 2008 to 6,458,000 tonnes in 2016. This equates to aggregated savings of more than 12.7m tonnes of carbon emissions since 2008, which is the equivalent of the CO2 emissions from over 1.3m US homes’ energy use in 2015.

Having achieved the 2020 reduction target for total volumes of Scope 1 and 2 carbon emissions in 2014, a new group target (approved by the Science Based Targets (SBT) steering committee) was introduced in the same year: to achieve a 20% reduction in emissions per letter mail and per parcel by 2025, from a 2013 baseline. The group’s letter mail delivery efficiency has improved from 36.9 grams of CO2 per item in 2013, to 35.8 grams per item in 2016.

Parcel delivery efficiency has seen a significant improvement from the baseline year, with the group reporting 436.0 grams of CO2 per item in 2016 compared to 505.0 grams per item in 2013. This represents a 14% decrease in emissions per parcel in just three years.

Meanwhile, the growth of e-commerce is driving a rapid increase in parcel volumes. As a result, while the group’s emissions associated with parcel delivery increased between 2015 and 2016, the number of parcels delivered increased at a much greater rate.

About International Post Corporation
International Post Corporation (IPC) is the leading service provider of the global postal industry that provides leadership by driving service quality, interoperability and business-critical intelligence to support posts in defending existing business and expanding into new growth areas. It is a cooperative association of 24 member postal operators in Asia Pacific, Europe and North America. IPC’s solutions and services are used by over 180 posts worldwide. Since 1989 IPC has set standards for upgrading quality and service performance and developed technological solutions that help members enhance service for international letters, packets and parcels. IPC engages in industry research, creates business-critical intelligence, provides a range of platforms and programmes for member post CEOs and senior management to exchange best practices and discuss strategy. IPC also manages the system for incentive-based payments between postal operators.