German Rail wanted to promote their super-saver tickets for fast, inexpensive travel within Germany. The problem was that 72% of Germans prefer to spend their holidays abroad because they find Germany boring. Perhaps the solution was to go beyond promoting a simple ticket offer and to promote Germany?

Ogilvy Frankfurt’s campaign set out to show travellers that they don’t have to buy expensive flights to far-flung destinations, they can experience the same sights by taking the train for just 19 Euros. In Germany.

Side-by-side comparisons in print, outdoor and display ads showed a beautiful international travel destination next to a lookalike destination in Germany. The only difference being the price to get there.

On Instagram, Germany’s most well-known outdoor-instagrammers, German Roamers, along with 63 other influencers, were asked to actually road-test the offer. They accepted the challenge and showed their followers that the most beautiful locations worldwide could be found close to home, in Germany.

On Facebook, look-alike photographs of travel destinations worldwide and in Germany were found. Facebook-data identified the relevant target groups. Geo- targeting pinpointed the closest airport for each person while another algorithm found each destination airport and determined the cheapest flight price. The data helped create real-time video-ads that made an unbeatable counteroffer: A train ride for 19 Euros. Completely automated. In infinite variations.

What started out as a simple ticket- promotion actually changed the way Germans think about their own country. 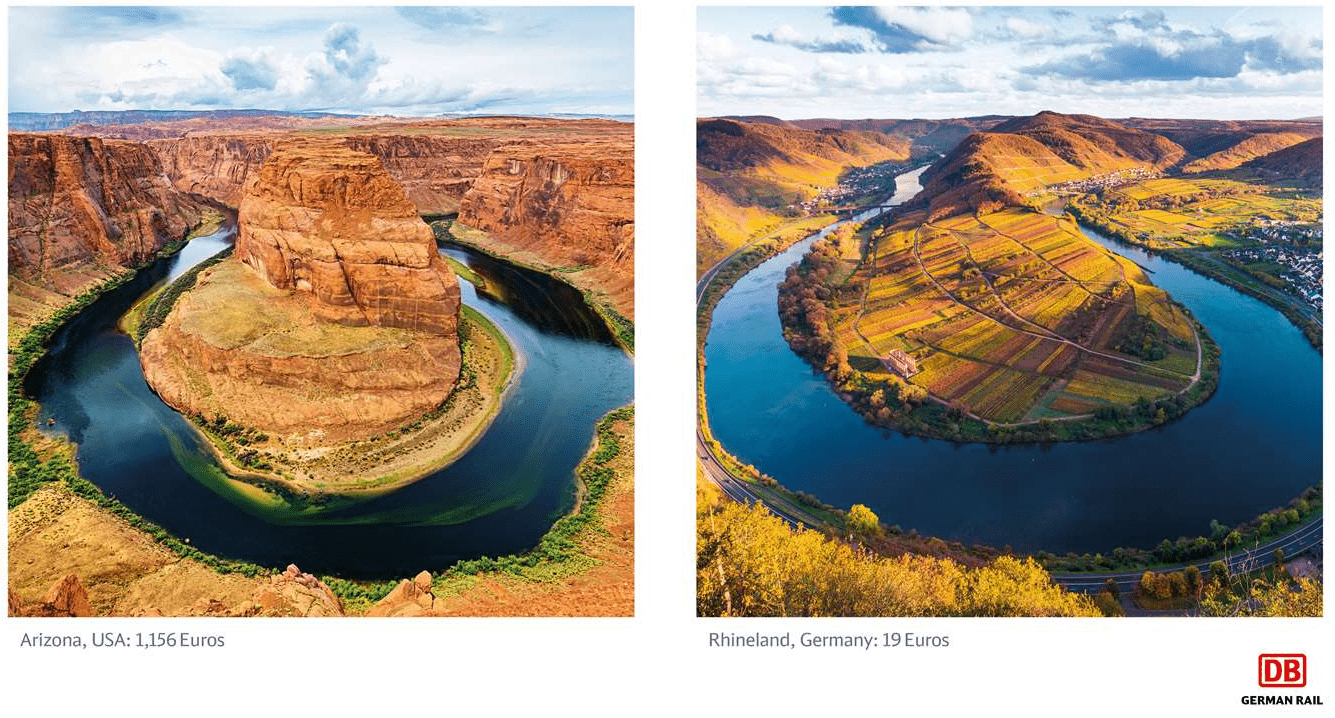 This idea could have had both its start and end in traditional media. It is so simple, the side-by-side comparisons. But the agency has pushed it out into social media.

This is the acceptable face of programmatic, with digital ads being delivered that are not just targeted and relevant but interesting. The problem seems to be that while more and more money is spent on digital, less and less time is spent on the work. Congratulations to Ogilvy Frankfurt for reminding us all that creativity can, and does, make a difference.