The “Senckenberg” is a world famous natural history museum and a research centre for biodiversity and was in need of more space. Literally more square meters for exhibits, and conceptually, more freedom for innovative exhibition designs. Which is why the Senckenberg will re-invent itself over the course of the next 5 years, nearly doubling its exhibition space.

To raise the €56m needed for this transformation, they had to think beyond classic fundraising, and address both the general public and major single sponsors in new ways.

To get attention of generous individuals and institutions, a one-of-its-kind brochure was created. Filled with fascinating stories and discoveries that they actually “spilled” from the covers. The slipcase made this mailing almost unignorable. As it was made from the same red sandstone as the museum’s façade, and handcrafted by a local stonemason, it added impact to the fundraising appeal of the book.

By January 2016, the campaign that started with the book had raised over €9m.  And the counter is still ticking away, while many activities still wait to be launched in the course of the Senckenberg’s five-year effort. 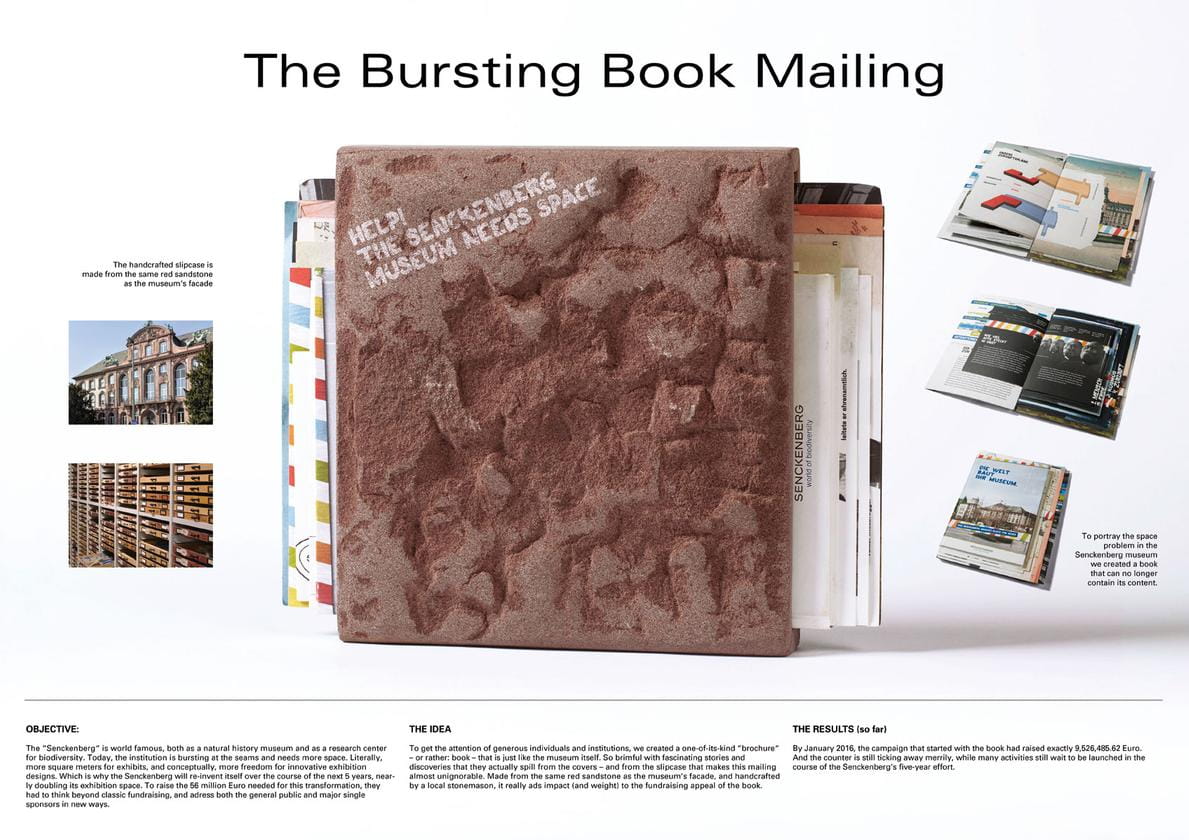