Coca-Cola Zero, the official sponsor of one of the world’s largest music and entertainment festivals Rock in Rio, launched a special edition of cans, featuring all music styles among it’s attractions.

The challenge was to promote this launch and generate a huge buzz among music fans. So they designed a VIP-Kit, containing a full set of Coca-Cola Zero musical cans and sent it to the most influential celebrities in Brazil. The cans in the kit could be scanned with a mobile app, launching playlists from bands playing in the festival.

And to make it a complete experience, the agency turned the VIP Kit into a passive acoustic amplifier, making it ready to play the songs att full blast. with no cables, no electricity. Just the smartphone's speakers. 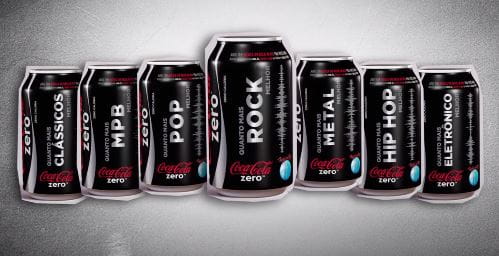