A Singapore-based low-cost airline Scoot had discovered that another budget airline had adopted very similar branding and advertising to theirs, from the font, the colours, to the tone of voice and even to the illustrations used in Scoot ads. The similarities were very apparent. But rather than sue Spirit Airlines for copyright infringement, which was not in line with Scoot's brand personality, they decided to launch a campaign to have some fun, leveraging social media and PR to achieve brand awareness.

In a tongue-in-cheek online video, Scoot's CEO informed Spirit Airlines that if they wanted to duplicate his brand, they should at least do it well. This was followed up with a direct mail kit with everything Spirit Airlines needed to properly recreate Scoot's brand personality. This included a step-by-step guide on how to create the ads as well as Scoot's full corporate identity guidelines. It included a kit to help Spirit make their very own Marketer of the Year trophy, like the one Scoot won in 2014.

As the campaign gained momentum, Scoot flew a giant blimp over Spirit's headquarters in Florida. They even named a new Boeing 787 Dreamliner "Inspiring Spirit".

Over 100 media outlets covered the campaign globally. To date, the campaign has generated $41m of earned media thanks to extensive coverage on CNN, Bloomberg, Channel News Asia and USA Today. The number of people searching for Scoot on Google increased by 32% during the campaign period. Spirit employees even rallied for Scoot online. 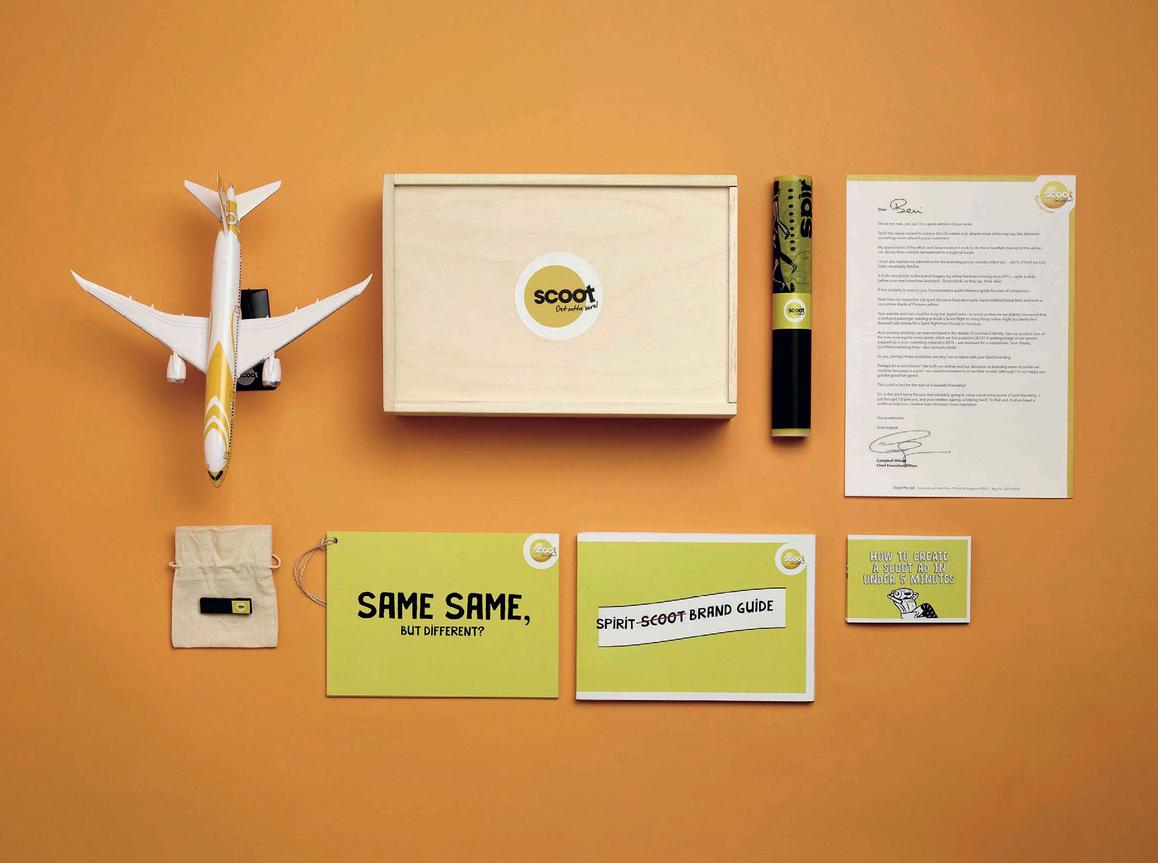