Already dominating nearly half of the game engine market, Unity was looking to expand its customer base and product offering beyond the gaming world. Having launched its real-time visualisation software for architectural market, Unity wanted to take it to new markets outside of gaming, deliver value for customers in new markets, as well as drive leads and revenue.

Based on quantitative and qualitative research, an aggressive go-to-market product launch was built, taking a multi-channel approach to carefully engage and break into this new market. The campaign was highly targeted to the top 200 UK architects with a turn-over of £5 million with the aim of creating buzz, high engagement and awareness within the architectural community.

The highly targeted direct mail campaign delivered an interactive, augmented reality experience by way of a QR code, to bring a map of London within a moleskin diary to life. Research found that the most successful architectural agencies were using high-end technology to develop their designs, moving away from old school sketch techniques. Taking this persona into account, the campaign used high-impact visuals, limited marketing jargon and strong visual call to actions. Technology was combined with old school direct mail and handwritten elements.

The theme of the campaign was based around the senses playing to the architects’ sensitivity around visualisation. There were three mailers sent and each had a call to action, which was integrated into its theme:

A moleskin diary, coupled with a hand written ‘post it note’ encouraged the recipient to download a QR code to their mobile phone and scan a map within the moleskin diary which unveiled an augmented version of The Shard building, which was built using Unity.

A stylus pen, which directed the recipient to a unique landing page with videos and information on how the product worked.

An email and direct mail invitation to the Millbank Tower where Unity and leading architects Zaha Hadid were showcasing their work and presenting their thoughts on the industry, the future of visualisation and how Unity fits with this.

The direct mail campaign was followed up by a tele-qualification sales team who booked demonstration meetings for the Unity sales team.

The campaign achieved a 54% direct mail engagement rate safely exceeding the target of 15% and significantly above the industry standard of 2%. The overall results show that 289 BANT qualified leads were generated over a four-month period. The tele-qualification is still on-going however in the first phase of the activity 12 meetings were booked from 66 calls, giving a conversion rate of 1:6 exceeding the original target of 1:60. 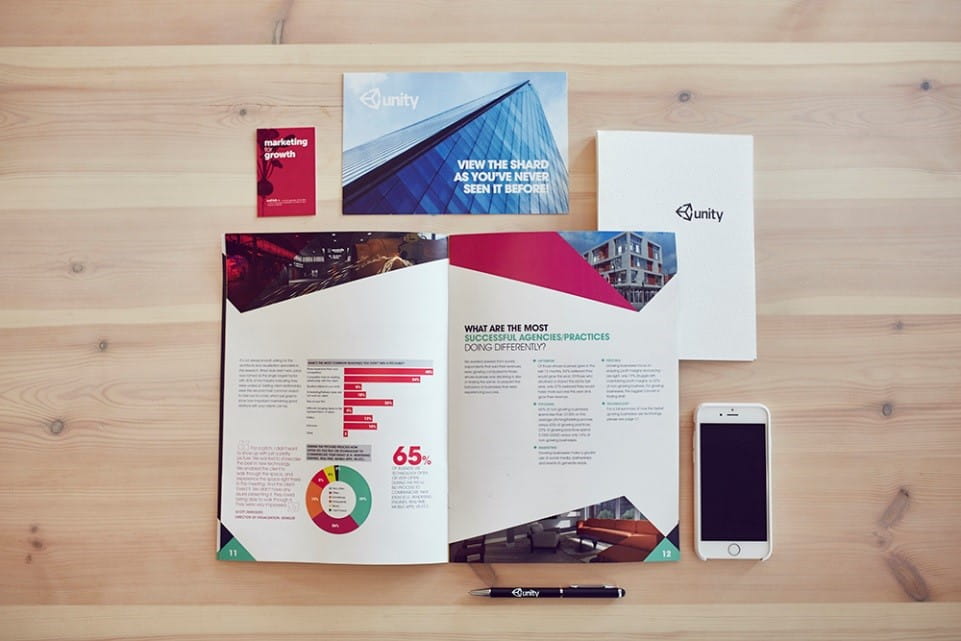