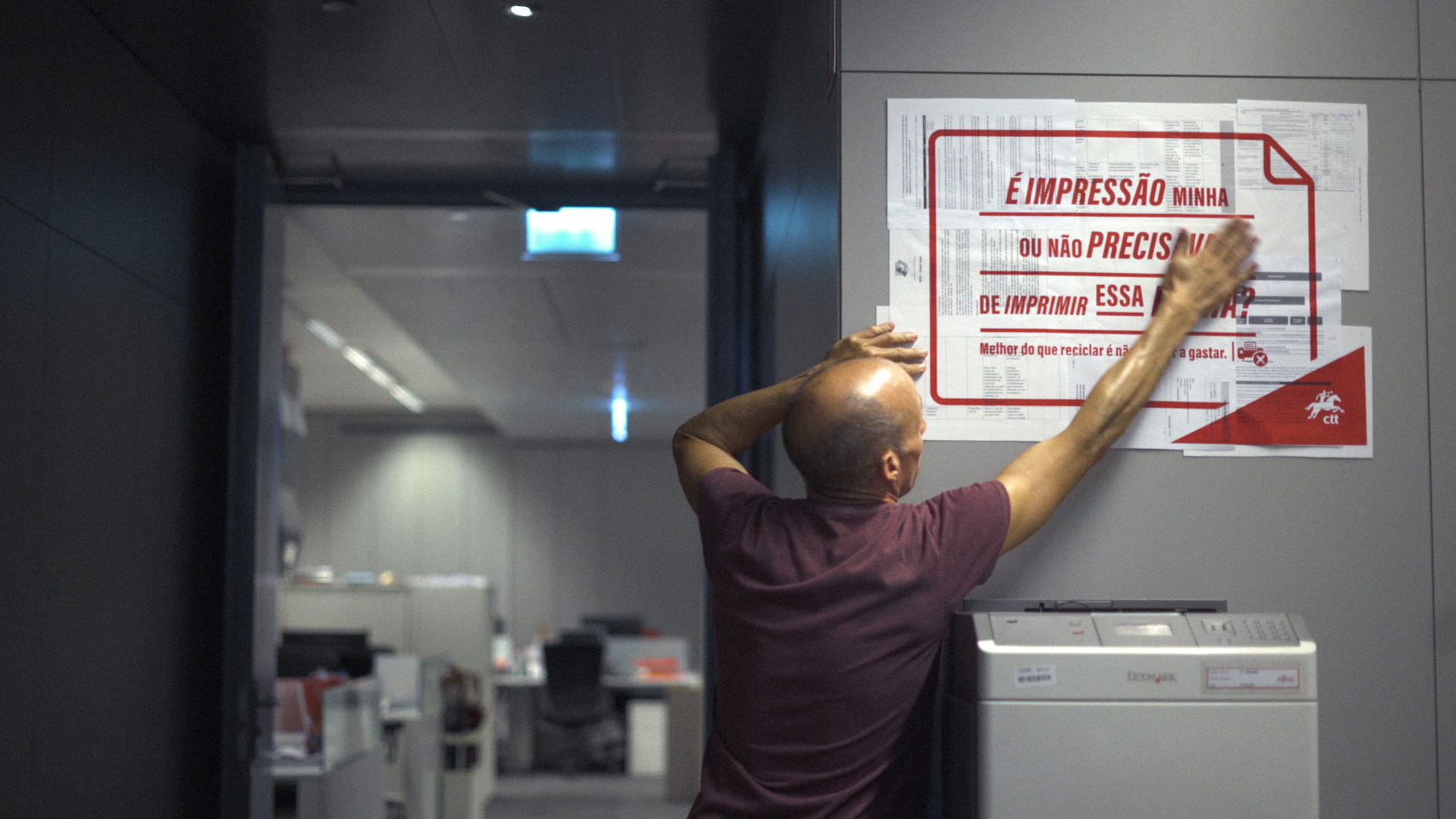 To promote good practices in terms of saving physical resources and environmental protection, CTT carried out an internal campaign which intended to encourage employees to think twice before printing. To be consistent with the message: “Saving is better than recycling” (“Melhor do que reciclar, é não chegar a gastar” in Portuguese), the campaign was produced on printed sheets that were previously thrown into the trash by employees themselves. Several thousand sheets were recycled to produce various communication pieces which have been placed in strategic locations for better dissemination, such as building entrances murals, elevator decorations, various posters placed in elevator lobbies, pantries and printing areas. At the beginning of the campaign, an email was sent to all employees in the building, with the theme: “We all have an important role/paper” (“Todos temos um papel importante”).A video portraying various moments of the campaign was also produced for the internal television channel CTT TV and aired on various screens placed throughout the buildings.

The campaign, held in the last quarter of 2019, immediately resulted in positive impact. According to data from that period, there was a 9% reduction in the total printed sheets (in black and white and in colour) and 200 paper reams were saved. This year’s first results show that the campaign continues to impact the targeted audience.