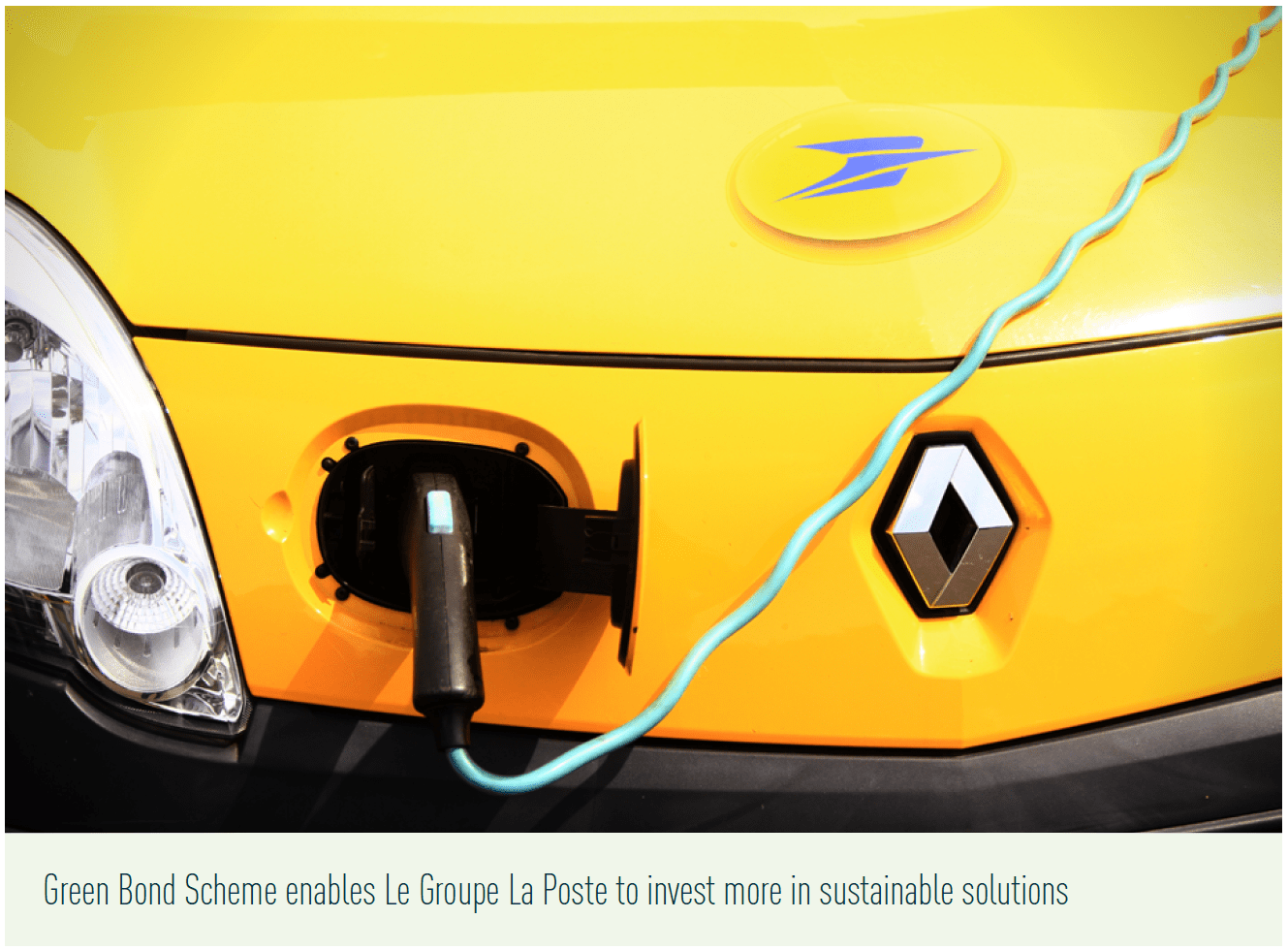 In November 2018, Le Groupe La Poste became the world’s first postal operator to issue a green bond when it launched its inaugural Green Bond Scheme. The initiative is at the heart of the Le Groupe La Poste’s societal commitment, which focuses on social and regional cohesion, responsible and ethical digital services and environmental transition. Within this initiative addressing the challenges of climate change and transitioning to a low carbon economy is considered a priority.

Le Groupe La Poste’s initial foray into the Green Bond market positions it as a major actor for energy transition. Initially €500m worth of bonds were released with a maturity of ten years and carrying an annual fixed coupon of 1.45%. Following its launch the bond was oversubscribed by a factor of four. Over one hundred institutional investors have purchased bonds across several European countries, including France, Germany, Austria, Switzerland and the UK.

The innovative mechanism to raise capital will enable Le Groupe La Poste to further reduce its carbon footprint by investing in more sustainable solutions in its operations. The proceeds of the issue will be used to finance projects in three key areas: green vehicles, green buildings, and renewable energy. Investments are made using stringent eligibility criteria, as defined in Le Groupe La Poste Framework and the allocation of proceeds will follow a specific tracking process which will be verified on an annual basis by an external auditor.