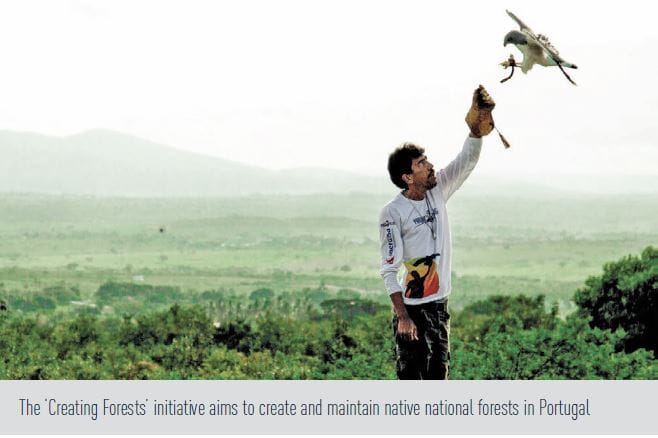 Since 2010, CTT Portugal Post has implemented numerous measures to reduce its carbon footprint including its environmentally sustainable products and services portfolio and the global Green Mail, Parcels and Express carbon offsetting initiatives.

Engaging with the public is a key aspect of these initiatives and people were encouraged to participate via social media in the selection of two of the four CTT-financed offsetting projects. These projects are required to have both environmental (e.g. positive climate change impacts and promoting biodiversity conservation) and social benefits (e.g. creating jobs or improving local communities’ quality of life). CTT finances the two winning projects for two years – one in Portugal and the other abroad. With support from over 39,000 Facebook followers, the most recent Green Mail and Parcels and Express offsetting campaign saw engagement from half a million online participants.

The Green Mail offsetting projects include the “Creating Forests” initiative that aims to create and maintain native national forests in Portugal and a ceramic manufacturer in Pernambuco, Brazil, that uses renewable biomass to generate thermal energy. The Parcels and Express offset projects included an initiative that supports the conservation of a highly endangered fish species in Portugal and a sustainable ceramic factory in the State of Sergipe, Brazil.

CTT’s environmentally sustainable portfolio now accounts for 12% of the company’s revenue. Partly fueled by its new carbon-neutral concept, Express and Parcels hit a record 22% growth in volumes in 2017.