Reflecting the importance of this issue to our sector, we will continue to measure and report on the group’s achievements related to Climate Change beyond 2020.

The SMMS builds on the Environmental Monitoring and Measurement System (EMMS) which has tracked and driven progress in the postal sector’s carbon management since 2008. Our participants have shown tremendous progress in that time.

The original EMMS targets were set in 2009 following a pilot in 2008, with 20 participants collectively setting ambitious targets to be achieved by 2020, compared to the 2008 baseline:

Following the early achievement of the first target, a new target was introduced in 2014:

This target was approved by the Science Based Target Initiative (SBTI) in 2016 (one of the first 12 globally) indicating that the level of decarbonisation required to achieve it is in line with the goals of the Paris Agreement. As of 2019, 11 posts now have a target approved by the SBTI.

Reflecting the importance of this issue to our sector, we will continue to measure and report on the group’s achievements related to Climate Change beyond 2020.

Given the size of the participant’s collective fleets, reducing the environmental impact of the group’s vehicles will be a continued focus going forward. Key activities in this area include a growing array of different low carbon vehicle types, and as discussed in the Resource Efficiency  section, our participants continue to be innovative in this area.

Engagement with the supply chain on ways to reduce carbon emissions will also be critical in order to decrease Scope 3 emissions, which contribute the majority of the group’s total carbon emissions (66% of Scope 1, 2 and 3). Posts have shown a commitment to mitigating the impact of the value chain through a variety of initiatives, with examples found in our case study library. 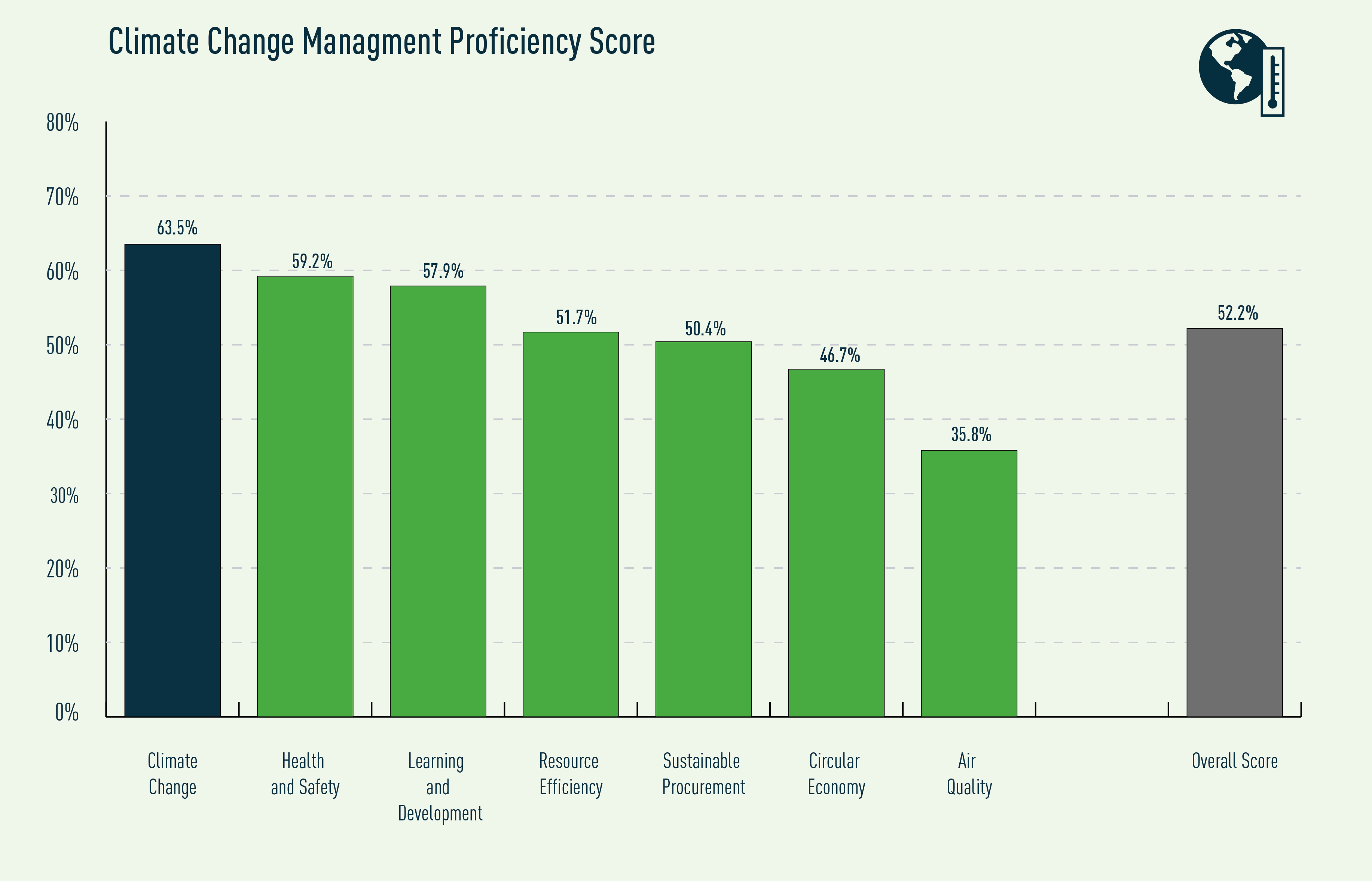 Highlights of the group’s performance in 2019 include:

We encourage posts to continue developing their approaches to Climate Change management, including participating in initiatives to build resilience to climate change within their own organisations and in the wider community, through employee education and outreach programmes. 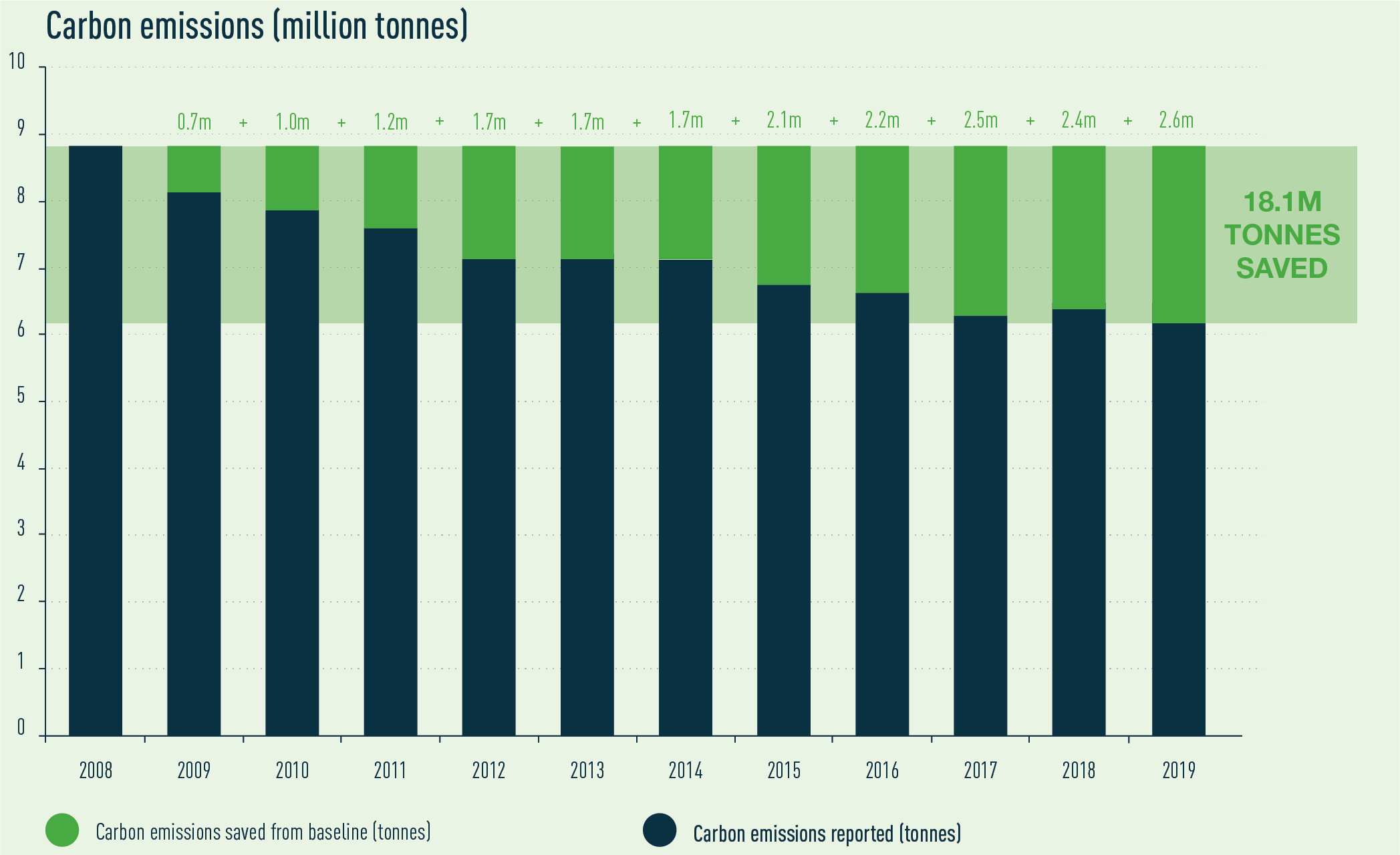 Having reached the absolute emissions reduction target in 2014, participants collectively agreed on a delivery efficiency target, measuring the carbon emissions associated with each delivery, and also expanding the scope to include outsourced transport:

In 2019, the group reported a 3% increase in grams CO2 per item for both letter mail and parcels, compared to 2018. Since the 2013 baseline, this equates to an increase of 7% for letter mail, but a decrease of 8% for parcels. These trends highlight the challenges posts face in reducing the carbon intensity of letter mail deliveries in a climate of falling letter mail demand.

Particularly as such advancements have now been made in building energy efficiency, the sector’s attention will turn to decarbonising the transport. IPC recognises that there is no silver bullet. In the short term, the industry will continue to draw on a host of different AFV solutions - of the total SMMS fleet, the proportion of AFVs increased from 12% in 2012 to 22% in 2019. Innovative programmes and battery developments have put electric vehicles firmly in the driving seat in the near term, with hydrogen expected to realise its potential as an alternative. Therefore, as we see the increasing penetration of low carbon transport in the sector, we expect the climate impact of these deliveries to come down again in the future.